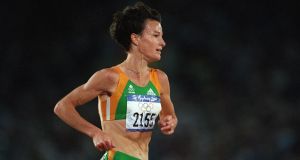 Sonia O’Sullivan, pictured during the 2000 Sydney Olympics, was one of the Irish athletes to sign the petition. Photograph: Patrick Bolger/Inpho

Letters and statements of appeal from several Irish alumni, including on the matter of racial and ethnic inclusivity, has helped reverse the decision to cut the men’s track and field and cross-country teams at Brown University.

Founded in 1764, the seventh-oldest college in America, Brown’s decision to cut the men’s teams to club status came four days after the killing of George Floyd by police officers in Minneapolis, claiming it would ensure “diversity and inclusion” and “gender equity”, while at the same time promoting women’s sailing and co-ed sailing to varsity status.

Beginning with Cork triple jumper Colm Cronin, who in 1978 set an Irish record of 16.27m while competing for the college (which still stands), a steady stream of Irish athletes attended Brown, including two-time Olympian Susan Smith-Walsh, whose Irish record of 54.31 for the 400m hurdles also still stands.

Distance runner Fergal Mullen, who transferred from DIT to Brown in 1986 and later captained the cross-country team after it took ninth place in the NCAA Championships, spearheaded the letter campaign to current Brown University President Christina H. Paxson, who in a statement on Wednesday morning, announced a reversal of that decision with immediate effect.

“We have heard clearly from our community over the past couple of weeks that the University’s decision to transition men’s varsity track, field and cross country to club status will have real and lasting implications for efforts to build and sustain diverse and inclusive communities for our students at Brown, and particularly our community of black students and alumni,” said Paxson.

“Our students, alumni and parents took the time to share their deeply personal stories of the transformative impact that participation in track, field and cross country has had on their lives. Many noted that, through Brown’s history, these sports have been a point of entry to higher education for academically talented students who otherwise would not have had the opportunity, many of them students of colour. In addition, we heard from members of the women’s track, field and cross country teams who made a compelling case that eliminating the men’s program would adversely impact the women’s program.”

A petition to retain the varsity status of the men’s teams had gained just under 50,000 signatures already, including that of Sonia O’Sullivan, who attended Villanova University; the petition cited men’s track and field as the third most racially diverse sport in the Ivy League (13 per cent African American), after basketball (19 per cent) and football (31 per cent), while maintaining the lowest participation costs of any team, and the lowest financial barrier to entry of any sport in America.

Also part of the reasoning behind the original decision was the need to satisfy Title IX, the federal law which requires equal gender opportunity, but this will now be addressed by other means (the women’s teams had not been impacted), Paxson adding “we now more fully appreciate the consequences of eliminating men’s track, field and cross country for black students in our community and among our extended community of black alumni.”