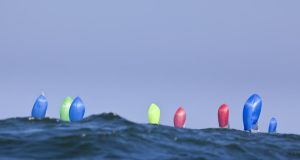 A glimmer of hope for the 2018 sailing season may see the resolution of an issue that, at least in part, has been a bugbear of the sport for decades. Fixture clashes in a crowded season for a complex sport have seen few if any winners, whether organiser or participants. But a willingness to release firmly held dates and some lateral thinking are opening new possibilities.

Recognition by organisers that putting crews’ needs first works best for everyone is likely to see immediate benefits, especially as the sport in Ireland is almost entirely, if not wholly, amateur.

Fixture clashes have in recent seasons forced crews to select regattas rather than be able to attend all of them. In 2017, for example, no fewer than four bigger events, several hundred nautical miles apart, were stuffed into four weeks.

Such congestion mainly affects cruiser racing, which involves upwards of 500 boats and thousands of crew members. The need to move boats around the coast is complex and costly, in terms of both money and time. Regattas have trimmed their programmes to just a few days in recent years, to make them easier to attend. But that then runs the risk of prompting owners to question the effort required for so little racing, especially when bad weather can cancel a day or more’s events.

The highlights of 2018 will see a much broader spread of dates. Volvo Cork Week, which runs from July 17th to 21st, has opted for a mixture of old and new formats by giving options for one, two, three or more days of racing, depending on competitors’ interests. Its organisers at Royal Cork Yacht Club are also offering 10 per cent of early-bird entrants a full refund of their entry fees.

The tailored-event approach is also being adopted by Howth Yacht Club, which has released its usual second-weekend-in-June fixture to launch the biennial Wave Regatta for the bank-holiday weekend of June 1st-3rd. The event will offer three days of racing for IRC and Echo racing and, for those preferring a single-day event, such as one-designs or Isora offshore boats, the traditional Lambay Race format on the Saturday. Early-bird entry discounts also apply.

With six weeks and some 250km between those events, there is now ample time to sail to, from and in the 704-nautical-mile, or 1,304km, Volvo Round Ireland Race, which starts from Wicklow Sailing Club on June 30th.

One of the biggest issues each year was the annual Irish Cruiser Racing Association national championships. Aside from the fact that the event was invariably held at the start of the season, when boats and crew were only starting out, a June fixture invariably clashed unless the event was twinned with an existing regatta. For 2018 the ICRA nationals have been shifted to the middle of August, which in theory addresses the overcrowding and early-season issues.

Hosted in Galway, from August 16th to 18th, the regatta won’t clash with anything and will, with luck, prove lucrative for boats competing in Calves Week, the previous weekend, to make the 160-nautical-mile, or 296km, delivery to the City of Tribes a fitting final phase to the season.