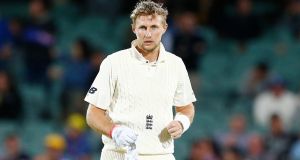 England’s hopes of clawing their way back into an Ashes series fast slipping from their grip will be put to the ultimate test at the Waca in Perth where the tourists have won only once in nearly 50 years.

The Waca bore witness to the meek surrender of the 2013/14 series by Alastair Cook’s England, and at 2-0 down after Brisbane and Adelaide, Joe Root’s men face a similar predicament when the third Test starts.

With its traditionally quick and bouncy wicket playing to the strengths of home pacemen, the Waca has been a house of pain for English cricket and Australians will be hoping for more of the same when the ground hosts its final Test.

One has to delve deep in the records to even find the last time England drew a match in Perth. That was in 1986, when Mike Gatting’s unlikely band of hard-partying tourists put on 592 in the first innings to frustrate Allan Border’s team.

The maiden win was in 1978 when Mike Brearley’s side thrashed Graham Yallop-captained Australia by 166 runs, a victory that might otherwise have been remembered as a triumph of English cricket but for the fact that the hosts had been gutted by the World Series Cricket rebellion.

Australia have beaten England in their last seven matches at the Waca and with the hosts’ pacemen licking their lips, it may take something truly special from Joe Root’s men just to keep the series alive to the St Stephen’s Day Test in Melbourne.

Managing that would be a victory of sorts, given England need only to square the five-Test series at 2-2 to keep the coveted urn.

Having fought hard but ultimately crumbled at both the Gabba and the Adelaide Oval, England’s chances of rallying at the Waca have been given short shrift by bookmakers.

Their week has also included further off-field problems with coach Trevor Bayliss left fuming after English Lions batsman Ben Duckett poured a drink over the head of James Anderson in a Perth bar.

And yet, a small increase in application by the tourists could ensure a contest at the Waca. England have paid dearly for a few dreadful sessions and the scoreline has, to an extent, flattered Steve Smith’s Australia.

The vulnerability of the home side’s batting was on full display in the second innings at Adelaide Oval as they crashed out for 133 to raise England’s hopes of an unlikely victory.

Several of Australia’s batsmen are under pressure, most notably number five Peter Handscomb whose place could be taken by Mitchell Marsh, an all-rounder with a poor batting record at Test level.

Anderson and the England seamers, meanwhile, will have enjoyed a boost of confidence from Adelaide, where Craig Overton provided much better support than Jake Ball at the Gabba.

More will be needed from the English batsmen, though, given none have managed a century this series. Root and his most senior batsman Alastair Cook have been particularly culpable for failing to set the benchmark by converting promising starts into big scores.

Both were present for England’s last capitulation at the Waca and will be desperate to make a contribution to avoiding another.

Cook has warned England must wise up to a changed world if they are to regain the respect of a nation. Cook will become the first Englishman to reach 150 Test caps when he tries to help Root’s troubled tourists turn their series around.

A stream of off-the-field, alcohol-related controversies culminating in Duckett’s indiscretion has placed England’s reputation most in jeopardy.

As their 32-year-old national-record runscorer seeks to arrest his worrying dip in form, he concedes the bar room backdrop to England’s two defeats so far owes its genesis to Ben Stokes’ arrest outside a Bristol nightclub back in September.

“The world obviously changed for the England cricket team in September,” said Cook. “We’ve just got to smarten up, and we’ve got to do it quickly – because there’s too much at stake.”