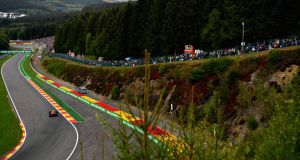 Qatar-based beIN Sports has decided not to renew its deal for Formula One’s broadcast rights in the Middle East and North Africa, accusing the sport of “paying lip service” to the fight against piracy.

The region’s biggest sports network signed a five-year deal with F1 in 2014 but it has failed to see sufficient return on its estimated €170 million investment, particularly over the last 18 months.

That is when beoutQ arrived on the scene. Launched in Saudi Arabia in August 2017, the pirate broadcaster has allegedly stolen beIN’s sports rights and rebroadcast them via a Saudi-owned satellite network and its own streaming service.

BeIN has repeatedly complained about this, pointing out beoutQ’s ties to the Saudi regime, with whom Qatar is locked in a bitter diplomatic dispute.

The football authorities – including the Premier League, Uefa and Fifa – have started legal action in support of beIN, saying piracy is posing a significant threat to the game’s financial health.

F1, on the other hand, has been less proactive, certainly in public, and that has clearly damaged relations with beIN.

In a statement, beIN’s managing director for the region, Tom Keaveny, said: “A rights-holder’s stance on beoutQ’s piracy – in other words whether they’re taking legal action, making a public stand and doing everything within their power to combat the industrial-scale theft of their rights – is a critical factor that we’re now considering when bidding.

“We pay enormous amounts for media rights, but the natural consequence of Saudi Arabia’s piracy is that those rights cannot be protected so we will pay less for those rights in the future, in particular to the rights-holders who pay only lip service to combating beoutQ.

“We have been warning of the very real commercial consequences of beoutQ’s theft of world sport and entertainment for almost two years now, yet the piracy continues with impunity every day and represents an existential threat to the economic model of the sports and entertainment industry. The international community must take decisive action to bring this state-supported piracy to an immediate end.”

Fifa started legal action against beoutQ during the World Cup, and both the Premier League and Uefa have said they are taking steps, too, but so far the Saudi Arabian government has denied responsibility.

Shortly after last summer’s World Cup, three leading technology companies issued reports saying beoutQ is being broadcast on Saudi-controlled Arabsat satellites and, in October, the Qatari government launched a case against its neighbour at the World Trade Organisation, claiming more than $1 billion in compensation.

BeIN’s decision to walk away from F1 is a huge blow to Liberty Media, which paid €3.5 billion for the sport in 2017, with the intention of growing it beyond its European heartlands.

It also follows recent reports of growing criticism for the US-based company within the sport and its shares were trading two per cent down on Friday after beIN’s announcement.

An F1 spokesman refused to get drawn into the specifics of beIN’s complaint but said: “We are currently finalising a deal with a broadcaster for the region and we will confirm the details when we can.”