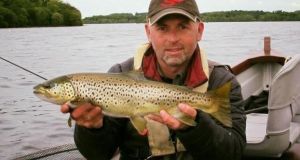 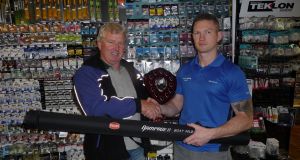 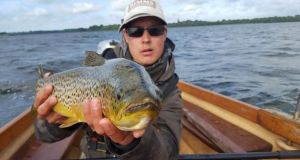 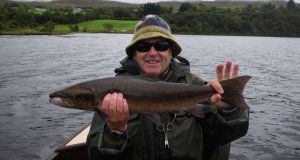 Funding of €536,886 to develop key angling projects in rural areas has been secured by Inland Fisheries Ireland (IFI). The investment will see the development of new recreational facilities and maintenance of existing angling infrastructure across eight projects.

The funding was awarded by the Department of Arts, Heritage, Regional, Rural and Gaeltacht Affairs as part of the Government’s programme to support rural development. It will see projects delivered in Athlone, Cloone, Claremorris, Newcastle, Carrick-on-Shannon and Donamon, Kilconnell, Gweebarra and Ballinalee.

Projects such as riverbank restoration, fishery recreation hub, access for coarse angling and fishing points, and upgrade of angling facilities for disabled people are included in the package which forms part of the National Strategy for Angling Development (NSAD).

The investment is crucial in order to realise the benefits which can accrue from fisheries. In 2015, Ireland attracted 163,000 visitors who fished with a further 273,000 domestic anglers. The sector contributes €836 million to the Irish economy and supports over 11,000 jobs, often in rural communities.

Ciaran Byrne, IFI’s chief executive, said: “I would like to thank the communities involved for their commitment to the proposed projects. We look forward to working closely with these communities and local representative groups as we grow their unique angling offering.”

The event team welcomes back celebrities Hywel Morgan, Glenda Powell and Peter O’Reilly to demonstrate and talk on all aspects of fly fishing. New guests to the show will include Scotland’s Spey casting legends Eoin Fairgrieve and Gordon Armstrong, and master fly-casting instructor Christopher Rownes from Guideline.

In addition, APGAI instructors will be available for fly tying lessons during the two-day exhibition.

Tom ‘Doc’ Sullivan, IFI, Prof Ken Whelan, Fissta and many more will be hosting seminars on angling topics, and the youth fly tying competition will give young people a chance to show the pro-fly dressers what they can do.

Show organiser Stevie Munn, said: “A big thank you to all who support the show, including sponsors Veniard, Marryat, Partridge, Costa and Semperfli. Please come along and give it your support.”

Lough Melvin was quiet on the salmon front but continued to fish well for sonaghan trout over deep water drifts. The O’Doherty Cup competition was held out of Garrison and although attendance was down, most boats recorded decent catches. All funds raised will be given to charity.

It was another slow week on the Moy system, with only 130 salmon reported, bringing the yearly total, so far, to 5,619.

The Eske Fishery was again variable, with a few sea trout reported and a good allocation of brown trout. Frankie Byrne and John Ward reported five sea trout to .5kg and a few brown trout, with the best 1.6kg, all caught on flies. Arthur Greenwood and Mark McDonald caught two finnock, numerous brown trout and a 3kg grilse all on wet flies and released. Neal Black and Gerry O’Neill reported seven sea trout/finnock to .68kg and numerous brown trout.

The fourth and final trial for the Irish Ladies International Flyfishing team to compete in the home international on Melvin in 2017 will be held on Saturday, October 8th, 2016 on Loughanure, Annagry, the Rosses, Co Donegal.

Registration begins at 10.15am with fishing 11am-5.30pm. Catch and release with a 9” overall limit applies. Entries to jmgerry@gmail.com by Saturday October 1st. Non-members are invited to fish on the day, but will not be included for the 2017 team.

Congratulations to Leinster angler Martin McGorian on winning the Interprovincial Fly Fishing Championships, held recently on Lough Melvin. This intrepid angler is no stranger to the winning enclosure, having represented Ireland on numerous occasions and having captained the Irish team in 2015.

The competition is a four-team event held under the auspices of the Irish Trout Fly Fishing Association (ITFFA). This year, Connacht emerged clear winners with 42 trout while McGorian took individual honours with five good fish. He will now represent Ireland in the four nations international in Scotland next year.

The ITFFA would like to thank the Garrison club for organising the competition and providing boats and boatmen.