‘I miss the competition. I miss the buzz of getting into contention on a Sunday’ 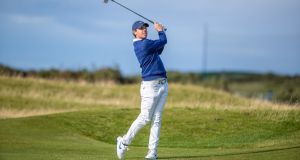 World number one Rory McIlroy says he is planning to play in the PGA Tour’s first three tournaments when the season resumes next month after the Covid-19 disruption.

The golf calendar has been severely impacted by the novel coronavirus outbreak, which has killed over 291,000 people around the world, with three of the sport’s four majors rescheduled and the British Open cancelled.

The Tour’s schedule restarts with the Charles Schwab Challenge (June 11-14th in Fort Worth, Texas) followed by the RBC Heritage (June 18th-21st in Hilton Head, South Carolina) and the Travelers Championship (June 25-28th in Cromwell, Connecticut).

“Right now, I’m planning to play the first three events,” McIlroy, who is also set to play in a $3 million charity skins match on May 17th, told reporters.

“I miss the competition. I miss the buzz of getting into contention and playing in those last few groups on a Sunday and really feeling that.

Four-times major winner McIlroy said he was confident that play could resume safely next month.

“Obviously we’re going to have to take as many precautions as possible to be able to put tour events on again,” he said.

“But the PGA Tour has got a robust plan in place, and if they can execute it the right way, I see no reason why we can’t start on June 11th.”

Meanwhile officials have confirmed that players and caddies hoping to travel from overseas for the restart of the PGA Tour season will face 14 days in quarantine.