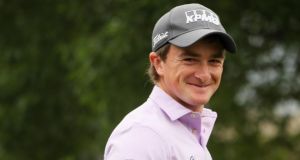 For those players involved in the business end of the PGA European Tour’s season, the criss-crossing of time zones at this juncture of the year is a necessary evil. The three Irish players involved in this week’s Turkish Airlines Open in Antalya took contrasting routes to their destination: Paul Dunne’s global odyssey took him onwards from Shanghai, whilst Shane Lowry and Pádraig Harrington - who weren’t in the field in the HSBC - headed from Dublin, with designs on improving their seasons.

In Lowry’s case, the coming two weeks are especially important.

Currently, the Offalyman lies outside the all-important top-60 on the Race to Dubai rankings and will need to get some upward trajectory in the order of merit in Turkey and next week’s Nedbank Challenge if he is to force his way into the elite, limited field for the season’s finale in Dubai later this month. As things stand, he is less than €6,000 behind Benjamin Hebert (in 60th) and with €6 million purses in both Turkey and Sun City, there is the potential for season-defining changes in the next fortnight.

Dunne’s ambitions are somewhat loftier, as of now. The 24-year-old Greystones player is 14th in the Race to Dubai, which ensures his presence in the season-ending DP World championship. However, if he is to benefit from the big-money end-of-season bonus payments, then he will have to negotiate his way into the top-10 on the money list.

Rory McIlroy currently occupies the 10th spot, but is likely to be leapfrogged by a number of players in the coming weeks as he is on a long winter break in his bid to regain full fitness.

Beyond the monetary benefits of moving into the top-10 by the end of the season, Dunne moves on to Turkey with a number of achievable goals in his sights: he is now ranked 80th in the world, and a move into the top-50 on the official world rankings by the end of the year will bring with it an invitation to the US Masters. Also, the coming weeks will give Dunne - and indeed Lowry - the chance to gather Ryder Cup points in limited field tournaments. So, lots to play for.

Harrington is playing on a sponsor’s invitation in Turkey, which means any prize money won won’t feature on the order of merit.

The game-changing nature of a tournament win was encapsulated by Justin Rose’s win in the HSBC, where he came from eight shots back to overhaul world number one Dustin Johnson in the final round. With that victory, the 10th of his European Tour career, Rose jumped into contention for the Race to Dubai title, up to third behind Tommy Fleetwood and Sergio Garcia.

“I’ve got to stay quite focused at the moment because this win gives me the opportunity to do very well in the Race to Dubai, so Turkey becomes a very important tournament for me, and so this (win) has kind of made things even more focussed now for the rest of the season,” admitted Rose, who is committed to playing the remaining European Tour schedule up to Dubai.

While Rose’s win and the runner-up finish from Henrik Stenson will have brought a smile to Europe’s Ryder Cup captain Thomas Bjorn, other news will likely resonate even more: Paul Casey, who was ruled out of playing in last year’s Ryder Cup at Hazeltine because he failed to renew his European Tour membership, has committed to rejoining the tour.

“I want to play another Ryder Cup,” said Casey, currently 15th in the world rankings, who featured on winning teams in 2004 and 2006 but last played on a losing team in 2008.

Of his change of heart, Casey observed: “My Ryder Cup experiences in the past have been the highlight of my career. I just want to be and need to be a part of the European Tour and that puts me in line to hopefully, possibly, play another Ryder Cup which I would dearly love to do. I feel like the golf I’ve played the last few years I can be a massive contribution on the golf course. But what excites me more is the role I feel I can play supporting the young guys.”