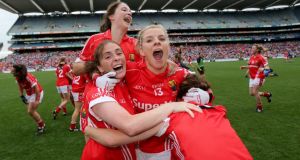 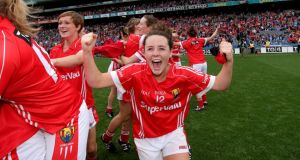 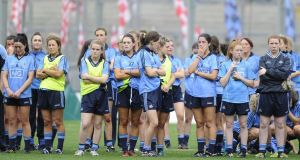 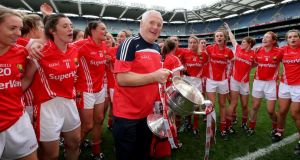 If you didn’t know better, you’d say the Cork women were possibly doing this out of boredom. That winning the All Ireland every year wasn’t enough anymore. That they have to find new and interesting ways to arrive at the season’s last breath with their noses just in front.

It was their ninth All Ireland in 10 years. It was their fourth on the spin. It was the second year in a row where they had to come from behind in the closing minutes but the 2013 turnaround with Monaghan was as nothing compared to this.

Dublin led by 2-10 to 0-6 with 16 minutes to go. Even for a side that had turned around a nine-point deficit against the Jackies the previous summer, the game looked indisputably up.

And really, why wouldn’t it be? Six of the team that started their first All Ireland final back in 2005 started their ninth one here. Another of the originals came off the bench. They’re on the go a decade and more together and bit by bit they’re starting to break up.

Their captain for so long, Juliet Murphy, retired after last year’s win, as did long-time goalkeeper Elaine Harte. This will all come to an end one day. Why not this day? Why not cede for once to a rising Dublin side?

Because they didn’t know how, that’s why.

Noelle Healy managed to stop the rot for Dublin in the middle of it but the gap was winnowing by the minute. Three points in it, seven minutes to go.

The most striking thing about it was the complete absence of panic in the Cork side. Clear thinking, intelligent running, speed without haste.

Dublin were reeling and soon the only thing that was keeping them on their feet - that three-point lead - disappeared as Eimear Scally levelled the sides with goal.

To their credit, Dublin went up the other end and found a point from somewhere to go ahead with three minutes left. But Cork just ground down a little harder, passed and moved a little quicker and knocked over the two points needed to be ahead when the hooter sounded.

The best team in Irish sport. It’s not even close.