Sean Moran: Latest proposals will help the development of hurling 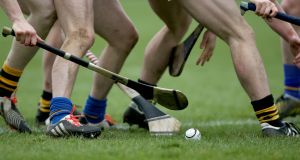 If you think hurling goes into 2016 with just Kilkenny’s 12th All-Ireland in 17 years on the horizon you haven’t seen the half of it. Photograph: Donall Farmer/Inpho

It was Galway’s Cyril Farrell who described the crucial barriers in hurling as ‘history and geography’. History is obvious because of the power of tradition and the vast store of silverware in the three leading counties of Kilkenny, Cork and Tipperary – 72 per cent of senior All-Ireland titles and counting.

Geography plays an equally exclusive role, separating counties north of the Dublin-Galway line from the rest like the red cord at a VIP enclosure.

On Tuesday in Croke Park the latest Hurling Development Committee came up with the latest proposals for developing the game. The note of weariness is deliberate because it reflects general perception rather than the reality of modern hurling.

Public perception looks up and when it does it simply sees Kilkenny there all the time, immutable as the rain, and that inevitably suggests stagnation and a failure of competition.

Hurling though isn’t all about the senior All-Ireland championship. Pat Daly, the GAA’s head of games development and research, pointed out that in most 25-year periods over the past 100 years Kerry and Kilkenny have won more All-Irelands in football and hurling than anyone else.

If the GAA were relying on titles being passed around to promote their games, there’d long ago have been tumbleweed blowing down Jones’s Road.

The purpose was to ring-fence fixtures for hurling and give structure to the game in areas where it was the poor relation of football. It’s worked. Connacht weren’t long before withdrawing its own counties and establishing a provincial version, an initiative approved of by Croke Park as it quickly expanded the concept and drew in underage teams.

This week’s proposals develop that idea but crucially, extend it to the country at large by creating 38 regional teams in the 16/17 age group and playing off a competition within a sustained period of eight weeks. After group stages the competition will distil itself down to a number of graded tournaments at the end of which there will be finals and a national ranking of the regions involved.

The dry data of how a youth competition works shouldn’t obscure the revolutionary aspect of the idea, which is that for the first time young hurlers all around the country can participate in the same tournament and not be graded from the start. There are at present various minor championships but they are stratified and guarantee few matches. This would be different.

“There is,” Pat Daly accepts, “a perceived element of second-class citizenship about hurling in some counties, a feeling that they have to tip the cap because of the pecking order.”

Would it though make a difference? If you’re a teenage hurler in Longford and get the chance to play in a national competition against some of the best players in all regions of the country, what does that say to you? It says that history and geography maybe don’t have to dictate the terms of your citizenship as as they have done.

There are already success stories from previous initiatives. The Coiste Iomána in the 1960s is widely credited with reviving Galway as a hurling power – which despite the sorrowful mysteries of its senior team it still is. On his election as GAA president, former Galway All-Ireland captain Joe McDonagh proudly described himself as a ‘one of the Coiste kids’.

The same congress that elected McDonagh also introduced what became known as the back door in championship hurling. This began the creation of more big days in the summer which is good because the elite game promotes and funds hurling.

Even recently the restructuring of the national league for all that it has attracted criticism from counties who would prefer a bigger top division, has provided compelling competition and a narrowing of the gap between the first and second tiers so effective that Waterford became the first county in nearly quarter of a century from the lower division to win the league title.

Less elevated and often flying beneath the radar there have been other heartening developments. Donegal may never contest the MacCarthy or even the Ring Cups but they have made themselves competitive at their level, reached finals and won silverware.

“Putting a hurl in the hand of every child,” was Liam O’Neill’s resonant phrase about making the game available to all.

At a Cúl Camp in Sligo Charlie Harrison, an All Star footballer for the county, told Pat Daly that growing up he’d never held a hurl. That won’t be the case for youngsters now growing up there.

Then there’s Dublin. Liam MacCarthy may be taking his time but there have been intermediate goals achieved. Only at the weekend county champions Cuala reached a Leinster club final and were favourites but went down to an inspired Oulart team whose perennial struggles finally paid off.

HDC chair Paudie O’Neill said at the launch of his committee’s plan that at a recent nursery in Kilmacud, out of 100 kids only three had parents with a hurling background. If you think hurling goes into 2016 with just Kilkenny’s 12th All-Ireland in 17 years on the horizon you haven’t seen the half of it. smoran@irishtimes.com