Finalised recommendations to go before Central Council in December 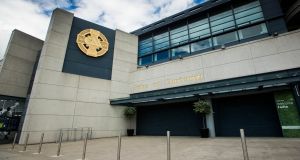 The coronavirus pandemic has had the effect of hot-housing arguably the most radical reforms in the history of the GAA intercounty championships.

On Wednesday the Fixtures Calendar Review Task Force (FCRTF) released their updated report for consideration by the counties and it brings profound changes a step closer in two separate areas: the separation of the club and intercounty seasons and reform of the All-Ireland football championship.

Firstly the introduction of a split season is heading for adoption despite not having been part of the task force’s initial report released nearly a year ago, but it was put back on the agenda by association president, John Horan, this summer.

The unplanned success of the idea, introduced as a response to the pandemic in order to bring about a safe return to play, saw county championships played out from July.

The intercounty season began in mid-October. Asked what had prompted the change of mind, Feargal McGill, the GAA’s head of games administration and task force secretary referenced the extraordinary circumstances of the year.

“I think it’s fairly well laid out in the report. The short answer is Covid and the positive experience clubs had with that. We’ve had overwhelming feedback from clubs that it’s been positive, even as early as July clubs were contacting us saying ‘this is something you need to look at again’. We’re happy to do that.”

The FCRTF is preparing to conduct road shows to explain the proposals in its report and gather any feedback before placing the finalised recommendations before Central Council in December with a view to securing the go-ahead from congress early next year with the proposals to take effect from 2022.

Among the recommendations are the abandoning of pre-season tournaments, a ring-fenced closed season and All-Ireland finals to be concluded by mid-July.

In the report this priority is explained:

“The advantages identified in the original report were experienced at first hand by clubs in July, August and September this year, and the reaction has been significantly more favourable among players, clubs, and the membership generally than would have been expected. These included:

“ – no crossover between the intercounty and club seasons,

– no interruptions due to the county game,

– no ambiguity over player availability, and

– more regularity and certainty in the planning of club fixture programmes.”

During the remote media briefing, McGill replied to queries about the July date for All-Irelands and admitted that it would be up for discussion.

“So you can have All-Ireland finals in September if you want but there are certain things you can’t have. This is one of the things. If you want no interference to club fixtures from the intercounty game then this is your way to do it. It’s about choices and what people want, in terms of whether the association is ready or not, we will find out very shortly.”

Are there concerns that the GAA will lose considerable profile and marketing opportunities?

“There are other promotional imperatives for doing it, which is that you potentially give the club better promotion and publicity.”

Proposals for the new football championship have already been released into the public arena and these have been tweaked after engagement with various stakeholders.

One involves streamlining the provincial system to provide four groups of eight counties – that symmetry provided by moving counties around based on league position,

The other would move provincial championships forward to early in the year with the All-Ireland to be hard-wired into the national league during the summer. Under both proposals the current protection of April as a club-only month would be shelved.

Other ideas in the report include the establishment of the Tailteann Cup for a Tier 2 championship, agreed at a special congress just over a year ago but held over because of Covid; a strong defence of the under-17 age grade for minor competitions and the recommendation that a further task force consider whether the older age grade be set at under-19 or under-20.