‘Nash’ motion unlikely to be passed 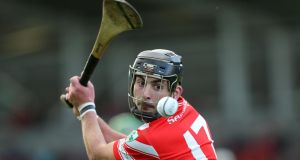 The proposal has become associated with Cork’s Anthony Nash, who in last year’s championship developed the technique of lifting the ball a considerable distance before striking.

Nash’s county are to oppose the restriction and yesterday it was confirmed that another of the big hurling counties, Tipperary, will support their neighbours.

Yet another big county, Dublin, is undecided going into the debate and given the need for a two-thirds majority the proposal clearly has some work to do.

Earlier in the week Cork chair Bob Ryan came out publicly against the proposal and called on GAA president Liam O’Neill to withdraw the motion and make the issue one of the topics for discussion in the broader debate about hurling’s future, which the president proposed the week before last.

Yesterday Tipperary chair Seán Nugent accepted there were health and safety concerns in the ball being fired at a goalkeeper from close range but suggested other ways of looking at the problem.

“That adds another dimension to it but the GAA, in general, hasn’t controlled the hurling ball in terms of its size, weight and composition. We should apply some science and research into that area and even a marginal change would make it safer and enhance the game as well.

By tonight the identity of the association’s next president will be known. Aodhán Ó Fearghail is hot favourite to become the first Cavan candidate elected to the office with speculation he may make it home on the first count against Kerry’s Seán Walsh and Sheamus Howlin from Wexford.

The result is expected by 9.30 and the winner – who takes office next year – will deliver his acceptance speech after which congress adjourns until tomorrow morning.

Also starting this afternoon is the Sigerson Cup final weekend. Hosted by Queen’s University, Belfast, as part of an ambitious and unprecedented project to host all four – the Fitzgibbon as well as the women’s O’Connor and Ashbourne Cups – of the third-level tournament finals, the competition will be missing Queen’s themselves, who were surprised in an earlier round by Galway-Mayo IT.

As the only Ulster college in contention, UUJ will have the closest to home advantage and once again come with a strong panel, featuring well known inter-county names, specifically up front where Armagh’s Jamie Clark, Tyrone’s Conor McAliskey, Mattie Donnelly and Ronan O’Neill and Caolan O’Boyle from Derry add up to some serious fire-power.

Their semi-final opponents are UCD, not short of big names themselves. They do have a question mark over captain John Heslin, from Westmeath, whose absence would represent a major loss.

The Belfield side showed great resilience in the teeth of a gale when defeating DCU in the quarter-finals and survived a second-half siege to win by a point.

Dublin’s young footballer of the year Jack McCaffrey got one of the goals for UCD and another nominee for that award, Paul Mannion, was a key presence up front.

In the other semi-final UCC take on NUI Maynooth. The Cork side as usual are a sort of anti-galactico collective, featuring young players from Munster, although a good number have graduated to senior inter-county, among them Conor Cox and Paul Geaney from Kerry, former Tipperary minor star Michael Quinlivan and Cork’s Seán Kiely.

Managed again by Billy Morgan, UCC have always tended to field impressive collectives. They will be wary of today’s opponents having lost to them two years ago.

Maynooth will be stronger than back then, with footballer of the year Michael Darragh Macauley as well as his Dublin colleague Eric Lowndes on board. The Kildare college has a strong core of quality players, who also includes Meath flier Eamonn Wallace, Donegal All-Ireland winner Paddy McBrearty and local prospect Paddy Brophy.

The bookies can’t split them and the instinct here is that UCC will emerge into the final.

The competition is also notable for being the first appearance of the GAA’s new time keeping system, with a hooter and countdown clock.