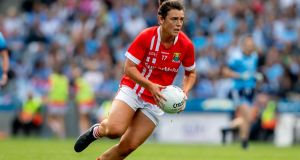 Here’s the thing we are constantly told about sports: nothing brings the world and communities and people together like sports, especially sporting groups that are embedded in the community which embody that togetherness spirit. The GAA, given the various controversies it has had to endure, embodies it like no other sporting group. Not even Sunderland ’Til I Die could come close, and boy, it tried. In fact, I still think of taxi driver Peter Farrer to the point where he now appears in my dreams.

But given how Covid-19 has driven us all apart, for athletes, those working in sport and everyone in between, it has forced us to change or reimagine our idea of togetherness. Pre-coronavirus togetherness embodied standing shoulder-to-shoulder with your neighbour for a worthy cause. It allowed those who are usually isolated a chance to be a part of something, to belong. Belonging is so important. The GAA’s new slogan is “Where We All Belong”, and it is essential for every functioning society.

Post Covid-19, togetherness is going to look a lot different. Athletes, just like us mere mortals, are probably finding it tough and they’re probably scared. But, as every athlete is also aware, just like in games or in races or in competition, this is life. It’s unpredictable, scary and things happen, so in that situation an athlete can only do their best. And, in fairness, every athlete I’ve briefly spoken with has gone above and beyond to do their best, especially when it comes to causes that are close to their hearts.

From a ladies’ football perspective, all I have to do is look within my own county to see Trojan efforts

When the GPA, Insomnia Gaming Festival and I were organising our All-Ireland FIFA 20 Charity Tournament, initially I had no clue where it was going to go. For starters, were players going to be interested in a game that generally involves sitting and pressing buttons, given how starved of competition they are at the moment? Within a few hours of the GPA sussing it out with players’ reps, we had a massive uptake, and the competition levels were through the roof. In fact, we had more than 85 willing participants who wanted to give up their entire May Bank Holiday weekend for frontline workers.

Add to that, some of the crew I would know informed me how it bridged the gap between veterans and incoming players. Bizarrely, even though the players were in effect miles apart, a quick tournament brought them together.

From a ladies’ football perspective, all I have to do is look within my own county to see Trojan efforts. Cork and Galway would have been favourites to contest a league final had it not been for Covid-19 grinding everything to a halt. Instead, the players decided to host a virtual “skills-off” against one another to raise money for LauraLynn Children’s Hospice, whose funding has been devastated.

Players will pair off from each county and go head-to-head in a timed skills challenge. Whoever completes the skill the fastest wins a valuable point for their team. Sure, my Cork bias creeps in, but the real winners are LauraLynn, who, despite conditions, are still active and engaging for those families that are in need. And let the record show that Doireann O’ Sullivan, Cork captain and holder of multiple All-Irelands across club and county, did not put herself forward to be on the official advertisement.

Even staff and match officials have gotten on board. The inter-county referees are planning on using their match fitness (they cover 11.2km of the pitch) to run from Wexford Park to Páirc Uí Chaoimh up to MacCumhaill Park and into Croke Park – all virtually, of course, with the assistance of 72 referees – this weekend. Croke Park officials cycled from Malin Head to Mizen Head for the Mater Foundation.

In essence, there is one thing that all the efforts are proving. Sure, we have to take into account how being separated is for the greater good, while taking into account the health risks to the general public and those who we are now confined with. But that doesn’t mean we have to stop doing our best.

Just like everyone who has valiantly signed up to or organised a fundraiser, we can’t allow ourselves to become paralysed by fear of the unknown. While these fundraisers are doing what they’re supposed to do, they are also symbols of hope and create an optimistic look for the future.

Really, staying apart for the foreseen future can also be looked at as reimagining what togetherness actually looks like. It doesn’t have to be full-on isolation. The new era of togetherness has brought together those across the country, via social media, Zoom or whatever.

And the best thing about this togetherness?

It’s about providing a platform, hope and finances to those who are incredibly vulnerable and in need of others to come together, reimagine, be brave and do our best.