Jim McGuinness: Why Dublin and Kerry lead the chasing pack 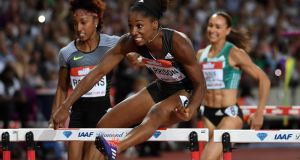 Then there were 10. This weekend there’ll be six and we’ll be closer to knowing the identity of this year’s All-Ireland champions.

In the 1970s psychologists were beginning to find that problem-solving and skilled performance were primarily influenced by domain-specific, acquired patterns.

Professor Michelene Chi produced a famous 1978 study, comparing experienced chess-playing children with other children in relation to their performances on memory and learning tests and tasks relating to chess.

What she found was that the differences in experience, knowledge and skill produced differentials in memory strategies such as grouping and rehearsal in the chess-playing children.

In other words practised chess-playing children were better at solving chess problems than novice players, who otherwise would have been superior at more general problem-solving.

Similar studies were conducted in baseball with the same conclusions: high-knowledge individuals had greater recognition and recall memory. In short, knowledge really matters and thus, creating players with high game intelligence or knowledge is extremely important in the development of elite level players and elite level game plans.

The reason this is so important is because with increased experience and practice players are able cognitively to organise available information into larger units almost like a memory store of patterns, which are kept in the subconscious and can be retrieved when needed most.

These patterns help players recognise what information is important in critical moments; they also help in decision making and in the production of logical reasoning.

Keep doing something and it becomes an instinct not a conscious choice.

Dublin to Barcelona: automation not automatons

Central to this process is automation. Every time I see Stephen Cluxton on a football pitch I think about this process in terms of automation because when you look at what he does and how he does it and the accuracy in terms of what he achieves and the movement of players out the field in relation to his kick-outs, you can see that they have developed very clear systems, practised repetition of those systems over and over and over again – to the point where they become automated.

Barcelona in many respects operate off the same script. If you look at them over the past 10 years – a period when they’ve been maybe the most successful team in world football – their game plan is very rigid and as a result of that, the system that they implement is ingrained in their players’ minds to the point that it has become automated.

As they know their own system so well, they are able to execute it with a lot of ease and even if teams come up against them and try to get at them in different ways, because of the rigidity of the system they’ve generally seen it all before.

The result is that when they are implementing their game plan there is a synergy within the team. Everyone is connected in terms of the movement patterns in front of them. As a result movements become instinctive.

The point is that practice is incredibly important and not just any old type of practice but based on a very detailed philosophy, coming from the manager down to the squad, whether that’s Barcelona or an intercounty manager. This is a slow and detailed process to get from the point where you sit down and identify what’s important to the stage of implementing systems on the training pitch and then on to execution on the field of play.

Central to this process is automation through repetition. Even though there are 10 teams left in the championship the reality is that the team farthest down the line in terms of these systems will probably be the team that wins the All-Ireland.

Another critical dimension in high-performance teams is the culture of the group. The ultimate goal here is to create an environment in which players themselves want to drive the processes so hard that the tactics devised and practised become self-fulfilling every single day the team plays.

This is a two-way street. The role of management is obviously important but equally critical is the buy-in from the players. For me players must feel that they have autonomy in what they are doing as well as the competence to do it. They must also have a connection with the group and relate to each other and the place that they come from because that emotional attachment is important.

All of these things add up: the philosophy of the game plan and the systems which will deliver that, the culture within the group and a sense of connection.

The teams that have been paying close attention to these aspects all year will be best placed as we approach the business end of the championship.

A key concept in psychology is that thoughts lead to feelings and feelings lead to behaviour. If as a player you can say to yourself: ‘we’re working really hard here and are in a really good place. I fully understand the game plan and understand my role within that game plan and that if we execute this we’ll be extremely hard to beat’ – those thoughts become behaviour.

Look at the Barcelona model. On one level it’s extremely rigid; it’s about starting positions on the pitch and the spacing between players and the ability to ask questions of the opposition when they’re trying to close you down. So that’s very rigid on one level but then in the final third of the pitch they have the freedom to go wherever they want and express themselves. They have players at the top end of the pitch who have that capacity.

In some respects our system in Donegal was very rigid as well but particularly going forward we created something that gave the players the opportunity to interpret what was going on in front of them and so they became the key decision makers. It was nothing to do with instruction from the sideline at that moment - it was what the player was seeing and thinking.

You need the structure though to give the players the platform where they can make educated and intelligent decisions. With ground rules you can interpret what’s going on and make better decisions.

I was watching the London anniversary games on Friday in the Olympic Stadium and Kendra Harrison, the American 100-metre hurdler who under a veil of controversy the previous week had failed to make the US team for the Olympics was competing. She had come to London and brought with her across the Atlantic a hard psychological edge and a will to win.

This is one of the unknowns. She was there to prove a point. That point was, ‘I should be on the team and going to the Games and I’m good enough to win a medal there even though I’ve been overlooked by my own country’.

She ran 12.22 to break a world record that had stood for 28 years. That is an example of the sort of dynamic that can also influence performance. On a given day a team can step up and have that edge and will to win. That’s what makes football and sport in general so appealing.

Harrison absolutely blew them out the water. Would that performance have happened had she made the Olympic team the week before?

I don’t know but I suspect not.

That drive can also help to bridge a gap.

At this moment Kerry and Dublin are probably farthest down the track when you look at knowledge, experience, game plan. Tyrone are one of the teams more embedded than most. They know their system incredibly well. They’re not mature as a group yet, as they’ve a lot of young players, but they’re quite far down the line because of their system.

It might be stating the obvious because these teams are the favourites for the All-Ireland. But there’s a reason why they are favourites.

1 Questions raised over Ireland v Italy fixture due to coronavirus
2 Six Nations: No place to hide for Ireland’s misfiring captain
3 Panorama show Mo Farah changed account to anti-doping investigators
4 ‘Ireland’s honeymoon period is over’ - buoyant English press reaction
5 All in the Game: how Firmino’s agent made him faster . . . on his laptop
Real news has value SUBSCRIBE

Northern Irish FA ban children aged 12 and under from heading footballs 15:18
Panorama show Mo Farah changed account to anti-doping investigators 14:41
Jack Conan returns to full training ahead of schedule 14:24
Irish Olympic hopefuls fly back from Italy amid coronavirus outbreak 14:12
All in the Game: how Firmino’s agent made him faster . . . on his laptop 14:00
Here is your handy guide to sport on television this week