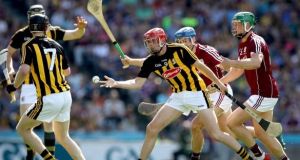 The sports of hurling and camogie have been granted special cultural status by the United Nations, along with Jamaican reggae and Chidaoba, a form of wrestling practised in Georgia.

At a meeting in Mauritius on Thursday the United Nations Educational, Scientific and Cultural Organisation (Unesco) agreed to inscribe the Irish game on the Representative List of the Intangible Cultural Heritage of Humanity.

The committee, which is meeting until Saturday, inscribed six new elements on the list, which “seeks to enhance visibility for the traditions and know-how of communities without recognising standards of excellence or exclusivity”.

The GAA, which worked with the Department of Culture, Heritage and the Gaeltacht on the application to Unesco, said it proudly welcomed the decision to grant the national sports of hurling and camogie the prestigious status.

President Michael D Higgins said the decision was “a global acknowledgement of the unique cultural significance of this part of our national culture, and of the important role Gaelic games play in Irish society”.

“It is, too, a tribute to the Gaelic sports associations, whose work and volunteering ethos form the beating hearts of so many communities all over the island of Ireland, and further afield, as gaelic games are now played on every continent,” Mr Higgins added.

“Most of all, Unesco’s decision highlights yet again that team spirit, respect for skill excellence and creativity are at the heart of Irish society, and that our cultural heritage is worth protecting and celebrating.”

Minister for Culture Josepha Madigan welcomed the announcement and thanked the Camogie Association and the GAA for their work with her department on the achievement.

She said the list was intended “to promote visibility, awareness and diversity in cultural heritage internationally”.

“The inscription of hurling is a wonderful opportunity to share a cherished aspect of Irish culture with others.

GAA president John Horan said the decision reaffirmed the fact that hurling was “more than just a sport”.

“It is a national treasure; an ancient tradition that connects us to our Celtic past and a part of our DNA.

“At a time of unprecedented popularity for the game here, we owe a debt of gratitude to the generations of people who preserved, protected and promoted the game at school, club and county levels so that it would survive and thrive for our benefit. All of us involved in the association are charged with ensuring that the promotional work we undertake preserves hurling for future generations.”

Ireland ratified the Unesco Convention for the Safeguarding of the Intangible Cultural Heritage in 2015.

Intangible cultural heritage, or living heritage, refers to customs, traditions, crafts, games, and practices that are part of people’s lives and identities both individually and as part of wider communities, and that are passed on from generation to generation

Unesco, in the official inscription, notes “hurling or camogie (a form of hurling played by women), is a field game played by two teams which dates back 2,000 years and features strongly in Irish mythology, most notably in the epic saga of Cú Chulainn”.

The UN body says hurling is considered “an intrinsic part of Irish culture and plays a central role in promoting health and wellbeing, inclusiveness and team spirit”.

Other things represented on the Unesco list of intangible cultural heritage of humanity include falconry in a number of countries, summer solstice fire festivals in the Pyrenees, dry stone walling and the Mediterranean diet.

The new inscriptions approved on Thursday include Chidaoba wrestling in Georgia, a combination of elements of wrestling, music, dance and special garments.

Tactical test awaits Dettori and English King from stall one at Epsom 16:09
Six to go forward for Aidan O’Brien in Saturday’s Epsom Derby 15:15
‘Several’ players have withdrawn from snooker World Championship 13:48
Limerick’s Shane Dowling forced to retire at 27 12:43
Martina Navratilova: A leader in her time, and for ours 11:59
Crossword Get access to over 6,000 interactive crosswords