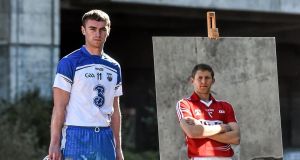 Sunday’s Allianz Hurling League final is already a novelty. Aside from the absence of Kilkenny, who have contested eight of the last 10 finals, the Cork-Waterford match will be the first between two counties from the same province since Tipperary beat Clare in 2001.

It is also the first time in the modern game – since the calendar year was introduced 18 seasons ago – that a county from outside the top division has qualified for the final.

Waterford, who finished top of Division One B, and Cork are also working through their respective responses to disappointments in last year’s championship, which saw a welcome Munster title for Jimmy Barry-Murphy’s team but followed by a big defeat by Tipperary in the All-Ireland semi-finals.

Waterford nearly beat Cork in the Munster quarter-final but were heavily defeated in the replay and went on to lose to Wexford in the qualifiers. Manager Derek McGrath took two bold initiatives: replacing a lot of experienced players with younger hurlers and introducing a more structured defence.

Keeping the scoreboard moving at the other end has been Pauric Mahony, who goes into the weekend on 1-79 for the season, four behind Cork’s Patrick Horgan. Mahony says the team was very disappointed by the defeat against Wexford and says the panel knew they “had to step up” in the absence of so many experienced players, who were gently but firmly moved on during the winter.

“I think the two moments that stood out to me that we had turned a bit of a corner would be the Limerick game the first day when we had a great start and then they came back and got in front of us. Over the last number of years, we would have probably folded and we got the last score to draw and that kept our league up.

“Then obviously the Tipperary game where we were seven points down having conceded two goals. In the 2011 Munster final, they got the two goals and went on to get seven goals but we managed to shut the door the last day so that was probably a good sign for the team.”

Cork began the league on a downright negative, out-fought and out-shone by a shadow Kilkenny team. They have featured in some of the most entertaining matches of the league, losing a massive lead against Tipperary and burning one off against Dublin in the semi-finals two weekends ago. The county has however become wary of getting involved in too many helter-skelter matches. Wing back Lorcán McLoughlin makes the point that they need to be more clinical.

“Look, if you go back over the last few years, Kilkenny and Tipperary are the top teams. And they probably still are . . . It is something in our game that we have to develop – that ruthless streak. And defensively, we need to tighten up.”

Waterford have tightened up their defence although they have been indignant at comparisons between them and the Donegal footballers. Mahony says the new system is more about hard work than tactical negativity and says the unexpectedly good showing against Cork in last year’s Munster championship was based on the same principles. “If you look back to the Cork game last year our intensity in the first half was serious and we really bottled Cork up. That’s what we’ve been trying to do, get back to where we were that day. We played some great hurling in that first match against Cork but it was our intensity that got us in to that position.”

“I think last year was significant in terms of we had a consistent Munster campaign, but then again the five-year break probably halted our momentum, so this year will be a good test to see how consistent we can be. Okay, the performances haven’t been brilliant in the league but we are at the latter stages and we have been consistent at certain points.”