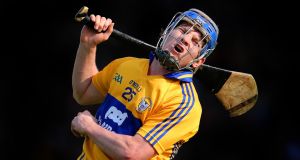 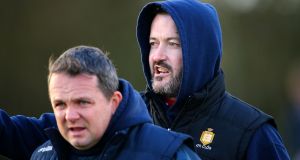 There is no turning away from it now. The Clare hurlers have spent a very enjoyable spring journeying through the fringe theatres of hurling, and chalking up handsome wins with little attention.

Clare, under Davy Fitzgerald, have made for a fascinating study in form and mood since their incendiary All-Ireland championship win in 2013 – the hurling summer of magic and light. But throughout this league, there hasn’t been a peep out of them. The world allowed them to get on with it. All of that changes tomorrow.

Clare hosting Tipperary in Cusack Park in a knockout game, it makes for a gunpowder afternoon. Clare are looking for eight wins on the trot. Tipp’s management are looking for reassurances that they are travelling well enough. Throw in the presence of Donal Óg Cusack alongside Fitzgerald on the sideline and, just like that, the Banner find themselves back in the epicentre of the hurling world.

One of the most significant elements of Clare’s harmonious league season has been the unobtrusive, low-key return of Podge Collins to the squad. The Cratloe man made his official return to duty during Clare’s heavy win against Kerry. It was his first time on the field of play since Clare, then All-Ireland champions, were knocked out of the 2014 championship after a qualifier contest against Wexford that didn’t so resemble a game as a HBO-scripted drama series.

Collins’s dual-status led to an insistence from the Clare hurling management to commit to one panel. He chose football, rejecting the idea that he did so because his father, Colm, happens to be the manager of Clare’s senior football team.

“I always said that if someone made me choose between the two, I’d go the other way,” the player told RTÉ in October 2014. He stressed it was not a rancorous decision and that there was no bad feeling between him and the Clare hurling management.

By the beginning of the 2015 championship, Loughnane was expressing the urgent need to get Collins back on the Clare hurling team. The plea proved academic: Collins tore his cruciate ligament while playing for the Cratloe hurling team in May of that year. The injury was almost like a symbol of how suddenly distant Clare’s 2013 triumph had become. Collins was reduced to the role of spectator as the hurlers and Fitzgerald endured a seemingly limitless series of narrow defeats and hard-luck calls and intense media scrutiny.

Last winter, as he went through rehabilitation, Clare’s respective football and hurling managements worked out a schedule that leaves Collins free to play with both county squads this summer.

This weekend, he will travel with the footballers in their vital Division Three promotion game against Kildare. But Collins came back into a hurling team that has rediscovered a winning habit in the relatively sedate environment of Division 1B. More importantly, he returned to a squad that seems renewed.

“Look, they have momentum by having a lot of wins under their belt, including their win against Limerick the last day,” says Séamus “Cheddar” Plunkett, whose Laois team hosted Clare last month.

“That’s always good. They obviously have serious potential within their team between winning the All-Ireland and the success at underage. There are a lot of good things going on in Clare. They will improve as they go along, so they are certainly a top-tier team. I can’t understand how people doubt their quality or their ability to go on and win another All-Ireland. There is no doubt the potential is there and at the minute their performance is building towards that.

“There is fair competition out there at the minute and that’s not to say they can’t get beaten on a day but there is serious potential within that team. Bear in mind too that key players like Podge and Tony Kelly haven’t been playing with them recently. They won an All-Ireland a couple of years ago and there is no reason why they can’t do that again.”

“You’d go back to someone like John Power of Kilkenny,” Plunkett adds. “He was a very different player in a different position but one of those players who are invaluable in that they make things happen. They have this uncanny ability to force themselves onto the ball and give a team real forward momentum. They probably do a lot of real grafting work for other players in the forward line and it is only when they are not there that you really miss them.”

The suddenness with which Collins flourished as a hurler reflected the speed with which Clare reinvented themselves as an All-Ireland force under Fitzgerald.

At the outset of 2012, he was on the Clare football panel but couldn’t quite crack the first team when he received a surprise invitation to train with the hurlers. He made his championship debut in 2012 despite not having started in the league but didn’t make a significance presence and was a faltering presence in the league in 2013, when Clare were on nobody’s shortlist as likely All-Ireland winners.

“Everyone was saying to me, without being rude: ‘I don’t know why Fitzy is playing you’,” Collins recalled later in an interview with Christy O’Connor. The public wasn’t being malicious, it was merely bemused. Collins is 170cm (5ft 7in) and was, at that time, regarded primarily as a footballer.

Then, that summer, he began to find the spaces and the accuracy and a way to make his qualities tell. He contributed 0-5 from play against Cork in the Munster semi-final and flourished as Clare went on an irrepressible run in the qualifiers. By September, he had an All-Ireland medal and was nominated for Hurler of the Year.

More than that, he seemed emblematic of the thrilling, open and unorthodox game through which Clare had claimed the most unexpected All-Ireland since, well, Clare’s 1995 All-Ireland.

That time vanished quickly. When Collins suffered his injury last May, the championship season passed without him. Summer seasons are precious at the elite level. Players don’t get to live very many. The solitary nature of Achilles rehabilitation is particularly severe on players accustomed to the routine and companionship of team sports. Collins got on with it.

“In fairness to Podge, he had the mindset from day one that he was going to do everything he could to get back as good as possible,” says Seán O’Meara, the Clare football physiotherapist who has worked with the player for the last 10 months.

“When he had the surgery done in Santry, any of the tests he did subsequently for strength and jumping, they referenced him as one of the best who went through that process. And I think that’s because of his willingness to do the work and his attitude. I actually met him very little in comparison to others with the same injury. It has become very common in the GAA and very often we would need to keep on top of players and get them in regularly. But Podge has a great awareness of his own body and has a great work rate.”

The trick now is for Collins to reintegrate himself to the team and system – in both sports. For the hurlers, he was limited to a cameo appearance against Limerick, the match which guaranteed Clare top-flight status next season. Afterwards, Fitzgerald emphasised the need for more “enthusiasm” from his charges. One thing Collins won’t lack is energy or enthusiasm.

“I think his role in the game plan in 2013 was very much underestimated. He was the glue, I felt, that enabled things to happen,” Plunkett says. “His movement to be able to cover off Tony [Kelly’s] runs outfield was very important to that. He is technically a very gifted player but he brings a lot more than that. He is unusual in that he is a technically gifted player that is willing to graft very hard as well. He does that. His mobility around the field is so important and he grafts out ball and processes it quickly to the forwards is very important.

It will take time. As O’Meara points out: “You wouldn’t expect too much from a player who has been out for eight months” in either sport. It takes a while to get the match sharpness but the confidence is there. He feels good. He feels the knee is good and all the tests we are putting him through he is passing with flying colours.”

Clare are progressing as a football team but are all-Ireland contenders as a hurling county. It remains to be seen how smoothly they manage Collins. Should they lose narrowly against Tipp, his absence is bound to be noticed. But it’s not so much the influence of Podge Collins in the immediate term that will hearten Clare hurling supporters in Ennis as much as the thought of his incandescent contribution three summers ago – and of what he may bring to the summer ahead.