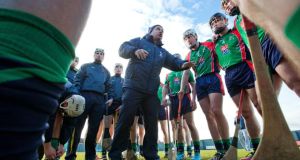 This year’s Fitzgibbon Cup has been overshadowed by off-field sideshows but finals weekend may yet refocus the attention back to the actual hurling.

In Friday’s first semi-final WIT and CIT do battle in a repeat of last year’s final. Pauric Mahony and Jake Dillon inspired the Waterford side to a five-point victory 12 months ago. Those two players remain in this year’s team and contributed 0-9 between them against DIT in the quarter-final earlier this week.

There were 11 players who featured in last year’s final victory also taking part in that quarter-final win, and when you add Austin Gleeson to that group you can see the quality this team contains.

Gleeson, Dillon and Mahony are all Waterford senior hurlers, while Liam McGrath is a dual player in Tipperary and Harry Kehoe has featured from the bench in both of Wexford’s Allianz league games in 2015.

CIT also have may players who took part in last year’s campaign, while the return of Aidan Walsh to the college this year (having left for DCU in 2013 and then returned after being deemed ineligible to play for them) will give them a huge boost.

His athleticism will be key, particularly if the Cork students can edge their way into Saturday’s final. With the motivation of last year’s defeat, not to mention with the accuracy of Tipperary forward John “Bubbles” O’Dwyer, they will be confident of going one step further this year.

In the other semi-final hosts LIT and UL meet in an all-Limerick affair, also a repeat of last year’s fixture when the pair met in the quarter-finals. LIT shocked UL in that one and they will hope that home advantage will spur on their tired legs in what looks set to be a proper local derby on Friday.

Their delayed quarter-final, due to the eligibility debacle surrounding their opponents IT Carlow, was played on Tuesday and their enigmatic manager Davy Fitzgerald had been urging the powers-that-be to push back this weekend’s action to allow his players some respite. Of course it was all to no avail.

David Reidy was a key player on last year’s All-Ireland winning Clare under-21 team and has started at corner forward in both of his county’s league games so far. He managed 1-8 in the win over ITCarlow.

Four-time champions UL, who last won the Fitzgibbon Cup in 2011, overcame UCD in a hard earned quarter-final win which may well stand to them on Friday.

Tipperary’s John McGrath, a younger brother of former All Star Noel, scored seven points in that encounter. Clare’s Tony Kelly is the undoubted star of the team but it remains to be seen whether or not he will be declared fit to face off against his old teammates and current county manager.

1 Saracens to accept second 35-point deduction and effective relegation
2 Welcome to Iten in Kenya – home of champions and cheats
3 St Michael’s conveyor belt showing no signs of slowing down
4 Ulster look to secure quarter-final place with win against Bath
5 How do Klopp’s Liverpool measure up against greats of past?
Real news has value SUBSCRIBE

Ulster look to secure quarter-final place with win against Bath 06:00
Leo Cullen: Benetton will play hard to beat in Treviso 06:00
Un De Sceaux bids to become rare 12-year-old Grade One winner 06:00
GAA hopeful club finals crowd will not be hit by date change 06:00
Connacht determined to make Montpellier clash count for something 06:00
Crossword Get access to over 6,000 interactive crosswords