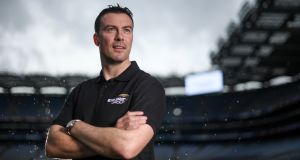 If anyone knows about the pain Mayo are capable of inflicting on Dublin it’s Ray Cosgrove. And the time to be most wary of that, he says, is when Mayo are written off – such as in Croke Park next Sunday.

Not many people fancy Mayo to win, such is Dublin’s apparently superior strength throughout the field, which is exactly how Cosgrove remembers one of their most famous championship meetings a decade ago: especially when Dublin went seven points ahead, 2-11 to 0-10, 46 minutes into that 2006 All-Ireland football semi-final.

Mayo had tried hard to rattle Dublin, including before the throw-in, when they also ran on to the field towards the Hill 16 end and caused utter pandemonium: still Dublin appeared infallible, Cosgrove contributing two points towards that early advantage.

Then Mayo suddenly hit back – outscoring Dublin 1-6 to 0-1 in the time that remained to secure their place in the All-Ireland final (albeit to lose that to Kerry). Cosgrove considers that defeat the low point of his career, even more so than the equally famous semi-final meeting with Armagh, in 2002, when he scored 0-6 on the day but missed a simple sitter of a free at the death which would have forced a replay.

“For sure, that 2006 defeat, stands out as the big disappointment,” he says. “I know I’m more known for missing the free, in 2002, but personally, that probably sickens me more, that we didn’t get over the line in 2006.

“We were still five or six points up when I was taken off, and at that stage, I remember getting a high five from Piller [Dublin manager Paul Caffrey]. We were 45, 50 minutes into the game, and I felt like we were on our way to an All-Ireland final, just get out there now and get yourself fitted for the suit.

“But I was certainly confident we were going to get over the line [in 2006]. Once Jayo [Jason Sherlock] got the second goal, I thought we were going to push on. Then there was the wave of Mayo, attack after attack, you’re helpless at that stage, sitting in the stand, and can’t do anything. So that really does leave a sour taste, without a shadow of the doubt. One that Dublin left behind.”

Cosgrove doesn’t say this without some sentiment and respect for Mayo, especially given his parents are from the county: that adds a little more interest to Sunday’s meeting too, because he always keeps a close watch on Mayo, and reckons they’re definitely up for that challenge that awaits.

“Yeah, with both parents from Mayo, I suppose I’m contaminated with Mayo blood,” he says with a smile (his father is from Claremorris, his mother is from Aghamore).

“I think most Dubs would be very confident of putting back-to-back All-Irelands. And if you talk to people outside of Dublin, neutrals, the vast bulk again think it’s going to be Dublin. I was talking to someone the other day and he said it would be the shock of the decade if Mayo beat them.

“And I think there’s one big performance in them. And, to be honest, fellas seemed to be more concerned about Kerry in the semi-final, but I was convinced we’d get over Kerry. This is one that I’d be afraid of. And listening to the Mayo lads, they kind of have unfinished business. So I’d be very, very wary.”

To beat Dublin, however, he admits Mayo will have to match up physically first, then of course out-score them: that first part shouldn’t be an issue, although ultimately Dublin’s strength should come through on the scoreboard, especially if the likes of Dean Rock and Diarmuid Connolly deliver.

“Physically, they’ll match up. Defensively, I think Mayo are a step up from Kerry. If you look at Keith Higgins who is probably a contender for footballer of the year. Lee Keegan. Brendan Harrison has progressed since last year. Donie Vaughan. This is the third attempt for this group of [Dublin] players of trying to do it. And it’s not an easy task.

“If it was they would have been doing it on a more regular basis. So, internally, there will be that pressure.