A nod to history, but Jim Gavin refuses to get sentimental about Dublin-Kerry rivalry 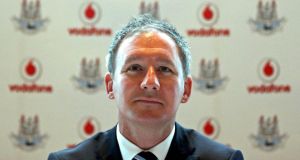 The last thing Jim Gavin is going to do is get all nostalgic about playing Kerry in the football championship. The Dublin manager doesn’t do sentimentality, which is a good thing, because Sunday’s All-Ireland semi-final has enough going for it in the here and now.

That’s not saying Gavin doesn’t appreciate what Dublin and Kerry still represents – and why Sunday’s game is now a confirmed 82,300-sell-out. Gavin never played against Kerry in the championship, missing their 2001 showdown in Thurles with injury, but he’s of the age to realise it’s impossible to ignore the history between the teams.

“Sure I was born in the 1970s,” says Gavin. “My dad would have brought us boys [to] a lot of those games. There is a great tradition that goes back even before the 1970s.

“But the one common thing I suppose is that Kerry have had the upper hand in most of those games.

“They’ve certainly controlled the power base and that has reflected itself in recent years as well, through the 2000s.

“I didn’t play them, as through my era they were regrouping.

Gavin does afford the previous generation a nod, not just of approval but of inspiration.

“I’d say a lot of my coaching philosophy comes from those teams of the 1970s. When I was playing under Dr Pat O’Neill, he would have espoused the same thing. Fran Ryder, Jim Brogan and Bobby Doyle – they would have promoted that type of game as well. Even Mickey Whelan in 1996 – it was a privilege to play under him as well. It’s just what I was brought up on.

“I would have brought that philosophy to the under-21 sides as well . . . We believe that’s the way the game should be played. I genuinely believe we have one of the best field sports in the world and we play within the rules. Whether that gets us success is another thing. But we hold true to those values.”

“No, we haven’t referenced them at all,” says Gavin. “I’ve used this phrase before: it’s in the rear view mirror, it’s history. We don’t use previous games as motivation.

“What we do is focus on our football team, what we do and how we approach the game. Naturally enough we look at the opposition, but most of our focus through the National League and championship has been on how we play our football and how we can put our footprint on the game.”

He adds: “We’re under no illusions that what Kerry were doing was just getting over the games, and having won so much, they will know when to peak in the season.

“For them it isn’t about the National League or peaking for Munster finals. It’s about peaking now.”

For both Dublin and Kerry, that is.