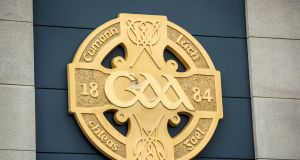 Amid unresolved uncertainty about the new Government restrictions on sporting events, the GAA hosted a remote meeting with county chairs on Thursday and declared that the All-Ireland championships remain “under consideration”.

The intercounty competitive season, scheduled from October, remain on track, pending updated health restrictions and “in light of an increased optimism and appetite for intercounty games”.

With the deteriorating public health situation due to coronavirus, there has been diminishing confidence that the intercounty season would be in a position to go ahead and several counties have raised the subject of lack of funds necessary to field teams later in the year.

Senior figures in the association, including former president Nickey Brennan, have suggested that Government funds will be needed to ensure intercounty competition goes ahead.

There was further positive news for the prospective intercounty season when a briefing for members from the Gaelic Players’ Association provided an update.

“In a separate meeting last night with the GAA’s Covid-19 Advisory Committee, it was clear that there is a positive will within the GAA to complete both the club and intercounty seasons successfully.

“The risk remains however, due to the dynamic nature of the situation we face, that this could change based on public health advice. Our job is to ensure that the health and safety of players are not compromised to a level of undue risk.”

The briefing also said that the GPA proposal on a split season had been presented to Wednesday’s meeting of the Fixtures Calendar Review Task Force and there had been “broad support for the proposal and for the split season model”.

Finance was raised at the county chairs’ meeting, according to Thursday evening’s press release which said that director general Tom Ryan had “informed county chairpersons of intentions to make centrally sourced borrowings available to county committees at the earliest opportunity to assist in the running of their activities before Government funding is made available”.

Government has agreed to distribute €40 million between the FAI, GAA and IRFU but the distribution hasn’t been finalised. This is seen as separate from any funds to facilitate the intercounty championships.

Also at Thursday’s meeting, the director general and president were encouraged “to ascertain from NPHET (National Public Health Emergency Team) the shortcomings in the wider sporting community that exist so that, if necessary, the GAA can review its arrangements and enable the association to continue to play its part in the wider community effort to thwart the virus.”

The statement concludes on a gnomic note: “The GAA looks forward to positive engagement with NPHET.”

The main issue at stake however was the basis of the recommendation, which is that cases or clusters had been detected ‘around’ sports events.

Clarification is expected on Friday allowing one parent or guardian to accompany a player under the age of 18 to a match or training session.

NPHET will also make a decision on the localised lockdown in Kildare, Laois and Offaly amid speculation that it may not be relaxed for all three counties after the initial two-week imposition.