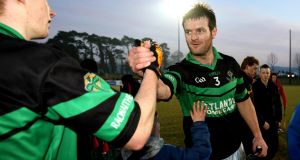 Disillusioned by a pursuit that takes over a player’s life like no amateur sport should. Like no modern sport should.

A staggering 60 per cent of club GAA players have considered “walking away” due to a lack of a definitive fixture calendar.

That’s according to the most recent survey conducted by the Club Players Association, as they continue to go about their primary objective of fixing the fixtures.

Tired of putting their lives on hold for their respective county’s team to be knocked out of the championship. Weddings, holidays, work; all on hold. Committing to an indefinite season, with no sure start, middle or end date set. An impossible ask, which for many club players it seems, they may no longer be willing to keep answering.

The organisation, who aim to become “the club person’s voice in the GAA”, put four questions to their members earlier this month.

The most alarming of the four answers was the 1,924 (60 per cent) who said yes when asked; “Have you ever considered walking away from the game because of the lack of a definitive fixture calendar at club level?”

Further to that, 95 percent of those to partake in the survey believe the CPA should escalate its response to demonstrate to the GAA that the club player is dissatisfied with their response to the unfairness of the system to the plight of them.

All of 99 per cent (3,192 members) think that club fixtures should be on the agenda at the forthcoming Special Congress in September.

While 92 per cent of the club player/members are not willing to wait until 2020 for change to happen to the current club fixture situation.

In February, Congress passed the new Super 8 structure, which will replace the football quarter-finals from 2018. Replays for games other than provincial and All-Ireland finals have also been scrapped, with the intercounty season to be done and dusted by the end of August.

All of these measures will come into affect next year and run on a three-year experimental basis. The proposals were all staunchly rejected by both the GPA and the CPA, but the voice of the intercounty and club players of Ireland had a combined single vote (the GPA) between them at Congress.

The issue being, they go nowhere near far enough in addressing the club fixture problems, and their experimental period delays the implementation of substantial change.

The CPA has already made the following proposals to deal with the fixture problem; The entire month of April must be a club only month no no inter-county games, challenges or training; The All Ireland Club Championships must be played in the calendar year; The month of December must be free for all club and county players, for necessary rest and recovery.

“This is a message to the GAA. This is a fundamental request, all we are looking for is a fixtures definition for the hundreds of thousands expected to just keep going.

“It’s already happening, we all have anecdotal evidence from the various dressing rooms. Lads saying F-this, and walking away. So I wasn’t surprised, these are the players who considered quitting. It’s not even including those already gone.

“And there are 18-20 year olds coming in with no respect for it, they are weighing it up and saying this is not the modern way. It’s grand for the elite few but we are losing these lads.

“The problem is the GAA are happy to blame county boards. County boards are blaming Croke Park. We are left to deal in a grey area but somebody needs to take responsibility.

“The support we’ve received has been huge. We expected pain, and we aren’t going away. But as the GAA are working away slowly, players are walking away quickly.”

Club championships nationwide are being split into two seasons, with players on constant standby, as key dates are often revealed a week or less before a club’s do or die fixture. It cannot continue.

* Meanwhile the GAA has confirmed that stand tickets for Saturday’s semi-final replay between Kerry and Mayo (Croke Park, 3pm), have been reduced to €35 from €45 and terrace tickets have been reduced by €5 to €25.

Meath’s David Gough has been announced as the referee, the Dublin-based official took charge of last year’s semi-final between Dublin and Kerry, and this year’s Connacht final.