Assuming Raheny are cleared to play, the match will take place on August 29th or 30th 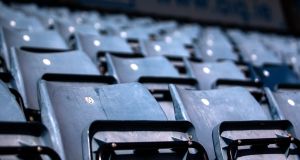 Dublin GAA is confident there will be no serious knock-on effects from having to reschedule its football championship. The final group match between Raheny and Oliver Plunkett’s, scheduled for Sunday, was called off because a Raheny player tested positive for Covid-19.

The county football and hurling championships are played on alternate weeks and, assuming the club is cleared for activity in a fortnight’s time, the postponed match will, according to an official source, be played on the same weekend as the county quarter-finals, scheduled for August 29th and 30th.

Seven of the eight qualifiers are known but the last spot depends on the outcome of the postponed match.

The affected quarter-final is expected to be played as a midweek fixture, allowing the championship semi-finals to proceed as scheduled on September 12th/13th.

The player who tested positive had trained with the team pending the outcome of the test, but as a club statement made clear on Saturday, he had not had any symptoms and was found to have the virus through a routine test in his job.

“A positive test has come as surprise to him, his team-mates and mentors,” the statement read.

Others in the club are now in the process of being tested, according to the statement.

“The club has consulted with the Dublin County Board to determine the best course of action to ensure that the health of players, officials and members is protected. Following this consultation the club is taking the following actions:

“The men’s senior football panel will not train or play matches until all panellists are tested and return a negative result. Contact tracing is taking place by health officials, and close contacts will be identified and contacted. Players and mentors will follow health advice in relation to isolating and health monitoring.”