Cork footballers beginning this year’s championship from a low base 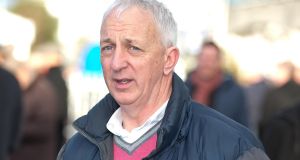 Conor Counihan: “Championship is championship and you’re hoping that things can turn.” 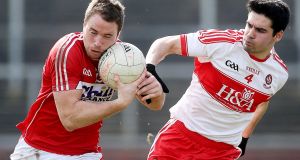 Colm O’Neill: poised to be a central figure in the Cork attack this summer. Photograph: Lorcan Doherty/Inpho/Presseye

It is a sign of the times that so much of the focus on Cork’s football championship prospects, which open with this weekend’s match against Waterford, has centred not on perennial rivals Kerry but on Tipperary, who play the winners of the opening fixture in Dungarvan on Saturday evening.

Reaching the provincial final could bring with it the honour of opening the new Páirc Uí Chaoimh.

An intensely sobering 12 months began last year with relegation to Division Two followed by a first defeat against Tipp in 72 years and a mediocre league campaign that failed to deliver promotion.

Former manager Conor Counihan has been in the news this week with his comments on the falling standard of club football in the county. It is reflected in the spread of players in the team: previously when the All-Ireland club title was allocated regular shelf space in Cork – 11 times but none in the past 14 years – there were large representations from the big clubs but it’s more scattered now with fewer outstanding individuals.

Under-age has also been a diminishing influence. Whereas the last All-Ireland in the now defunct under-21 championship came in 2009, only last year the county contested the final and lost to Mayo. Cork have won six of the last nine provincial titles at the grade and with Tipperary winning two, Kerry have just one, this year, and yet have dominated at senior level.

A previously thriving minor grade has been affected by the growing opposition of team managers to the idea of dual players, which deprives the footballers of some excellent players.

Add in the misfortune of losing highly significant players: Brian Hurley, a terrific young forward, had just recovered from a hamstring avulsion in March when the same thing happened again on his comeback. Ciarán Sheehan, another prodigy of a couple of years ago, now plays in the AFL with Carlton.

Colm O’Neill, another victim of chronic injury, has been minded during the league and it is hoped that he will be in a position to make a big impact during the summer but were the other two available he would be part of a formidable full-forward line rather than its primary focus.

There was positive news at the start of the year for manager Peadar Healy with former All Star Aidan Walsh deciding to recommit exclusively to football but the supply of emerging players hasn’t been startling despite the under-21 successes.

The league was a major disappointment. It began with a creditable draw against eventual winners Galway, whom Cork should have beaten, and deteriorated to the point where the county won just two of its seven matches, against the relegated counties Derry and Fermanagh.

“Yeah, I suppose the league wasn’t what you’d like it to be,” said Counihan, the last manager to bring the eponymous Sam Maguire back to his native county in 2010. “But look, championship is championship and you’re hoping that things can turn. They’ve a big game – well, Waterford and you’re hoping you can overcome that but obviously if you do it’s Tipp and that’s a big challenge.”

This new challenge comes at a time when Kerry are enjoying their most dominant run in the province since Mick O’Dwyer’s time in charge 30 years ago. Tipp have become a serious force at under-age level, winning an All-Ireland minor and reaching an under-21 final and under the experienced management of Liam Kearns, they translated this into senior presence a year ago –reaching a first senior semi-final since the 1930s.

“A bit but the reality is there was more than Cork stung by Tipp last year. They’re a good side now and they proved that in the league again. They’re no flash in the pan. It was inevitable in many ways because they were having success at underage so, you know, it’s coming through at adult level as well. Yeah, I just hope it might stop for one Sunday.”