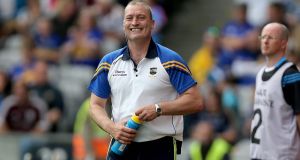 The Waterford County Board has confirmed its first outside hurling manager in over a decade with the appointment of Liam Cahill, a Tipperary native who won a senior All-Ireland with his county in 2001.

Since then Cahill has guided the Tipperary minors to All-Ireland success in 2016, and also the last All-Ireland Under-21 title in 2018, winning another in the form of the inaugural Under-20 All-Ireland this year.

Former county player and selector Peter Queally was originally understood to be the preferred choice, but was informed otherwise. Cahill’s decision to step aside from his role in Tipperary last week further clearing the way for his appointment.

It has been over a month since the board began its search for a replacement for manager Paraic Fanning, who stepped down after just one season in charge, taking Waterford to a league final but failing to win a single championship match in the Munster round-robin.

Queally previously managed the Passage club to a Waterford hurling title in 2013, and was part of Davy Fitzgerald’s backroom team as Waterford manager in 2008, the last time the county appointed a manager from outside the county.

Meanwhile Kieran Kingston, Pat Ryan and Donal Óg Cusack are set to be ratified as the new managers of the Cork senior, Under-20 and minor hurling teams respectively. Former goalkeeper Cusack will have Seán Óg Ó hAilpín and Tom Kenny as part of his backroom team.

While Kingston, on his return to the position he held from 2015 to 2017, will be assisted by former Dublin manager Ger Cunningham and Diarmuid O’Sullivan.

The Cork county board meets on Tuesday night.