In partnership with ESB 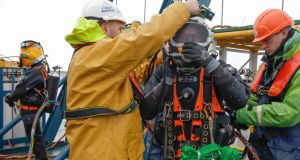 A 26-strong project team was based on Inis Mór for seven weeks to complete the project after all three Aran Islands lost power on August 5th.

ESB Networks area manager, Mat Cunningham, explains the background to the cable fault, and the challenges involved in restoring electricity for the islanders.

“All three Aran Islands lost supply on Friday, August 5th, and while power was restored to Inis Mór within hours, a huge effort was required to transport and activate generators and transformers on Inis Oírr over that weekend, restoring power to the two islands on Monday.

During the repair period, a barge was mobilised and towed from Kilronan pier in Inis Mór, where it was positioned two metres from the cable for the fault repair. Due to a series of westerly storms, resulting in high seas, access to the repair site was limited for periods during the seven weeks and operations had to be postponed on a number of occasions. Favourable weather conditions towards the end of October allowed the remaining repair works to be completed and the cable was energised from Inis Mór on October 22nd.

“The traditional method of repairing a subsea cable would be to haul the cable onto a barge or ship and make the repair on the deck of the ship. However, in this case, trained divers accessed the faulty part of the cable through a pressurised habitat, mounted around the cable. The habitat is a world first, used for the first time in 2014, to repair the Moyle Interconnector in situ on the sea bed.

“The habitat was based on the design of a hospital incubator giving access to the cable through holes in the side. Windows and mirrors are also fitted to give divers 360 degree views of the cable. Lights and cameras within the habitat meant that supervision of divers’ repair work could take place from a surface control cabin,” Ollie said. 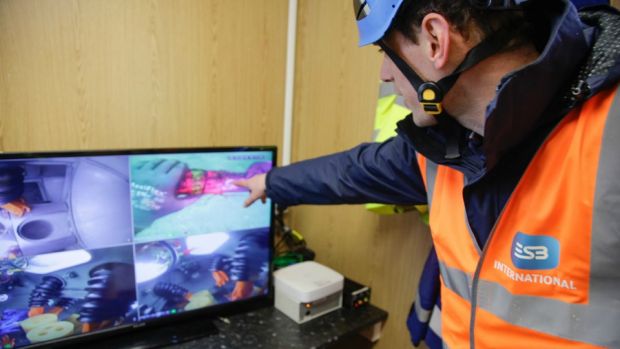 ESB International high voltage engineer, Patrick O’Rourke, who was one of the project leads, explains how they pinpointed the fault using the unique method of electrical surges which was developed in-house.

“This allowed the fault location along the 10.5km subsea cable to be successfully located by sending electrical discharges into the cable and identifying the exact position where the discharges occurred under water, using a combination of vibration sensing techniques. We also used sonar based techniques such as listening for the discharges using subsea hydrophones. ESB International engineers found the exact fault location within three days,” Patrick said.

The specialised divers trained in the repair process in a purpose-built training centre in Ferns, Co Wexford. The principle diving contractor was N-SEA, a Dutch company which has helped ESB International carry out similar repair operations in the past.

ESB International says it will use the successful completion of the project off Inis Mór to market the technology around the world, as costs for this operation compare favourably to the traditional method of repairing a subsea cable.

A total of 97 separate diving operations were required to complete the following: