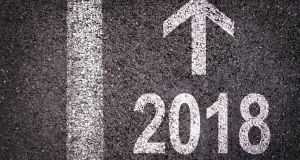 While 2016 saw mergers and acquisitions (M&As) take a dip in the second half of the year due to several geo-political factors, 2017 saw an improvement on this situation.

Globally, M&As hit $2.6 trillion and are expected to hit a record $3.2 trillion in 2018, according to a report by US law firm Baker McKenzie.

It is predicted that M&As in Ireland are set “to soar” in 2018 due to our business-friendly environment. Ireland currently ranks as seventh most attractive location for investment, ahead of the UK and Germany. Both those countries are not showing much growth, according to the report, and German deals declined in 2017. The number recorded in the first three quarters of the year fell by 8 per cent year-on-year. In the UK, early-stage M&A activity in the third quarter of 2017 fell by 5 per cent year-on-year.

It is predicted that Asia-Pacific will show the most activity when it comes to M&A and the bulk of deals will take place in sectors such as technology, healthcare and consumer goods.

Michele Connolly, partner at KPMG, says that while she agrees there is a good outlook for 2018, “soar” may be too strong a word to describe the direction in which Irish M&As are heading.

“People have adjusted to uncertainty being the new reality and they have figured out how to factor that uncertainty into their day-to-day decision-making. They’re recognising there is significant capital available and also that they need to look beyond the shores of Ireland to be able to expand and grow their businesses, in many cases. Soar is probably extremely optimistic, as we still have uncertainty and head winds. However, we also have significant capital looking for a home for its investment, capital-chasing yield and a lot of private equity that has funds to deploy, so if you can match that with a deal at the right price, then you will have a marketplace that soars but that price expectation gap has to narrow for that to happen” she says.

There are many factors driving this.

Other important factors include the fact that valuations remain strong and equity markets remain buoyant.

In 2017, markets had been subject to many small, mainly geo-political shocks, but they returned to their upward trajectory quite quickly. O’Gorman says there is nothing to suggest that’s going to change. “The key factor for that is that when you look around globally at the other alternative asset classes, there is no real alternative to equity at the moment.

Liam Booth, partner at Investec, agrees that while it’s difficult to look too far ahead, there is still strong momentum in the markets, best evidenced by strong stock markets closing out 2017.

“It hit an all-time high and that has continued through January, which augers well in terms of corporate confidence and confidence in the wider financial markets. As long as that confidence sustains, we certainly see there is strong momentum and the interest in acquiring businesses is both coming from all of the large corporates that have a substantial M&A appetite as they’re looking to pursue their own growth agendas. The whole world of private equity has a lot of capital to deploy and to support them there is an international banking community who are increasingly comfortable lending into leveraged acquisitions, so there still remains a very positive backdrop to the M&A market,” he says.

O Gorman agrees, on the buy side, private equity is awash with cash.

“By the success that’s inherent in the valuations that they’re achieving, ironically they’re under more pressure to continue to grow earnings and organically a business can grow but it can only grow within certain parameters so if you are looking for step changes or incremental growth you need to make acquisitions, so executives are under pressure to do that.

“You are looking at a paradigm at the moment which is minimising transaction risk and with strong valuations and cohorts of buyers keen to do transactions, it all leads to a perfect storm really.”

Given the potential for stronger global consumer spending in 2018, it is expected there will be more dealmaking in the consumer sector next year, rising to $633 billion.

In energy and basic materials, it is forecast there will be a gradual slowdown in both sectors, as growth in commodity demand will not be as strong in emerging markets such as China.

While pharma and healthcare underperformed in 2017, longer-term trends such as aging and demographics should drive higher levels of dealmaking in these sectors.

Deals dropped in the tech sector last year, producing deals of $295 billion. It is forecast that deal values will bounce back in the next two years.