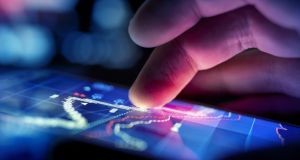 The friction between the speed of technological development and the relative sluggishness of change in court law can lead to dead ends, until there is a breakthrough that sets a new standard. In the interplay between law and technology in Ireland, one of the most significant landmarks was when the Commercial Court confirmed that parties can use Technology Assisted Review (Tar) to speed up the discovery process and reduce its cost.

The court approved a Tar methodology developed by McCann FitzGerald in 2012, setting a precedent for how discovery could be accepted. “It seems a little bit like history at this stage,” says Karyn Harty, a partner at McCann FitzGerald, who also worked on the case. “But it is contextual to where we are now when Technology Assisted Review is just mainstream. Everyone is using it for any large scale discovery exercise, and also for investigations”.

Tar is a process for identifying relevant electronic documents using a combination of expert human input and technology based on predictive coding. “Back in 2012 I had used Tar for a discovery find in the context of a fraud case. Where I was able to apply technology to search through the contents of a server and be able to find exactly what I was looking for,” explains Harty.

The case in question had more than 900,000 documents collected and processed

“I was always interested in discovery, it was a key part of my practice. I knew in the US they were using Tar for e-discovery. There was case law at that stage in the US but nowhere else. So this approach was still a little radical, but it seemed to be me, that based on how our law works, there must be a good basis for persuading a court that if you had a large data set that required review, this was an appropriate way to do it.”

The case in question had more than 900,000 documents collected and processed, and following the standard of the time that would have involved weeks or months of methodically trawling through data. However using Tar it was possible to reduce the workload down considerably. “It was a huge change in terms of how we did things,” says Harty. “Bearing in mind that the alternative, which was the practice at the time, was to look at everything. So if there were 900,000 documents, and even if you used an e-discovery system to index them, they still all had to be manually viewed.”

This landmark change in an Irish court allowed Tar to become commonplace, but while it is significantly quicker than manual review it is by no means an automatic process. “The courts have been really clear that Tar is not just the technology,” says Harty. “It is the technology twinned with the lawyers’ expertise.”

“We brought an application for approval for the use of this technology for making discovery in this case and it was successful. It was fully contested, the defendants involved argued that you had an obligation to look at every document but the court said no, that this Tar was demonstrably accurate and appropriate and proportionate,” says Harty.

“We relied on a seminal study called the Grossman & Cormac study which demonstrated that Tar was more accurate and more reliable than manual review, even when manual review was being carried out by experienced lawyers.”

Studies like this consistently found that human review is 70-80 per cent accurate, and Tar was over 90 per cent. “I suppose it required a change in mindset because the lawyer looking at the document was the standard, but the statistics of these studies showed otherwise. It was interesting that the court absolutely got that,” says Harty.

“That was such a big moment because it set a new gold standard for discovery practice. Ireland was the second jurisdiction in the world to approve Tar and it has garnered a lot of international interest and I have spoken at international conferences on the topic because people are really interested in how innovative the Irish courts were in relation to this practice.”

Making the case to attract the best talent

Growing diversity and inclusion in the legal profession