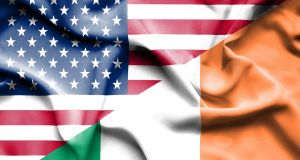 Ireland’s record when it comes to winning US investment makes this country the envy of many of its peers across Europe. “Despite changes in the global trading environment, we are fortunate to benefit from a two-way economic relationship that is at an all-time high,”says American Chamber of Commerce president Barry O’Sullivan. “Irish companies now employ 100,000 people across the US and more than a quarter of a million people in Ireland are employed directly or indirectly by US companies. Despite the complexities of Brexit, Ireland is continuing to show it can win FDI strongly from the other side of the Atlantic. According to IDA Ireland 2017 figures, there are almost 770 US companies directly employing 155,000 people in Ireland today.”

This success is due to a number of factors, according to KPMG partner and head of technology and media Anna Scally. “Ireland has continued to play a very strong role in attracting significant US FDI,” she says. “The 2016 statistics show that Ireland won 12.1 per cent of all US FDI into Europe. That’s a great achievement for a country which accounts for just 1 per cent of the European economy.”

She says the indicators are that this may have fallen slightly in 2018 and that may have been affected a little by US tax reform. On the other hand, companies already in Ireland are continuing to grow and strengthen their footprint. “They haven’t been deterred,”she says. “That’s not a surprise. Ireland still offers a very attractive corporation tax regime. In the US, it’s 21 per cent plus state taxes. That means that the Irish rate is around 50 per cent of the US rate. But it’s not just tax. The uncertainty around Brexit has meant that companies looking for a European footprint see Ireland as a safe haven. Ireland is guaranteed to remain in the EU along with all the other advantages it offers.”

That certainty is a strong card to play, says Alan Connell, partner and head of tax at Eversheds Sutherland. “Although we are living through a period of significant global change that has created a great deal of uncertainty for international trade, the key fundamentals that make Ireland the leading destination for US FDI in Europe remain. Ireland as an onshore low-tax EU jurisdiction, with the necessary infrastructure to support profit-generating activities, offers certainty and stability for international investment and as such, continues to be ideally placed as a gateway for US multinationals to do business both in Europe and beyond.”

PwC managing partner Feargal O’Rourke traces Ireland’s present-day success back to 1996 when the country switched policy and became a low-tax country rather than a tax-incentive country. “Depending on who you were, what you did, and where you did it, you got a different corporation tax answer,” he says. “Then we moved to a 12.5 per cent rate for all phased in over five years. That coincided with the rise of the internet giants and together with our other advantages of a skilled labour force and so on, that brought about a fantastic surge in inward investment. It has almost become self-sustaining now. When I talk to US companies about investing in Ireland, the conversation is not around why they should be in Ireland, they ask if there is a good reason why they shouldn’t be here. It’s a fantastic sweet spot to be in.”

Bryan Bourke, managing partner of William Fry, sums up those advantages. “Ireland remains one of the most attractive locations for foreign direct investment globally by continuing to offer many advantages, including a competitive cost base, a young and educated workforce, a transparent tax regime, membership of the eurozone, and a launch pad to the rest of Europe,” he says. “In addition, we have the advantage of being an English-speaking jurisdiction with a straightforward common-law environment.”

When it comes to sustaining that enviable track record, Carin Bryans, senior country officer with JP Morgan Ireland, points to talent and infrastructure as crucial issues to tackle. “In terms of talent, we need to continue to focus on enhancing our second- and third-level education systems to ensure that we produce high-calibre graduates with the right skills and attributes for the current and future demand. But growing our own isn’t going to be sufficient, we also need to be able to attract the best talent to move to Ireland. And as our economy has recovered in recent times, we are experiencing some growing pains that need to be addressed urgently. For example, the supply of residential accommodation – to buy and rent – and improvements to our public transport links and road infrastructure are real issues.”

Other issues are at play as well, according to Barry O’Sullivan. “The American Chamber has called out four key attributes Ireland must focus on this year to sustain our international competitiveness – investment, innovation, inclusion and international collaboration,” he says. “Of these, inclusion is perhaps the most important for talent attraction and retention.”

Talent availability is also important and can’t be taken for granted, he adds. “We need to ensure that our education system is truly equipping our young people for roles they will take up in the digital era. We also need to ensure that those who want to come to work and live here are able to do so with ease. These are critical issues.”

We have to be aware of threats on the horizon as well and these include the proposed EU Digital Services Tax. “That is a risk to a number of entities here in Ireland,” says Anna Scally. “The recent Ecofin meeting kicked it on to the December Council meeting. Ireland has a number of allies at the table in relation to that. I hope they do the wise thing and work with the OECD on a long-term solution. Ireland needs to be a strong voice of reason in the EU debate on this.”

Bryans agrees: “My view is that a framework to address this is better being tackled at a global basis, rather than at a regional or bilateral basis, and it seems sensible that the OECD is best placed to carry out this work.”

“There’s no doubt these are challenging times globally,” O’Sullivan concludes. “US companies continue to see Ireland as a very attractive inward investment destination. This is borne out by the strong investment pipeline the Chamber has witnessed this year, including an increase in the number of new high-value investments and greenfield projects. This is supported by the incredibly hard work done by IDA Ireland, the Irish embassy in Washington DC and all of the Irish consulates across the US in deepening the transatlantic trade and investment relationship.”