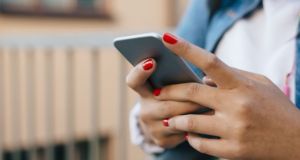 The majority of sixth years and primary school pupils will be happy to be heading back into school next week in order to resume in-person education.

Being Zoomed, Meeted and Teamsed out is something that both adults and young people share. Having too many live-streamed interactions is exhausting. As the Wall Street Journal put it, “Looming heads, staring eyes, a silent audience, and that millisecond delay disrupt normal human communication.”

Parents of primary school children will be glad, too, to see them getting away from constant screen time. That will be particularly true for parents who discovered during the lockdown just how dark a place the internet can be for children.

There were some reported instances where teachers were forced to end online calls immediately. As reports euphemistically put it, men who had hacked into children’s classes were behaving inappropriately. The word pervert receives useful application when discussing men who get off on exposing themselves to children and young teenagers.

Events like this get a great deal of attention and are traumatising for young people. However, many parents will also be worried by something much more common – their children coming across pornography online or putting it online themselves in the form of naked selfies and worse.

Sexting, that is, the sending or receiving sexually explicit images via a phone or the internet, is one of the downsides of an increase in unsupervised screen time.

While there has been a reasonable amount of research in Ireland on how often children and teenagers access pornography either deliberately or accidentally (short answer: too often and at far too young an age), to date there has not been enough Irish research about sexting.

DCU’s Anti-Bullying Centre conducted research with a reasonably large sample of 848 teenagers in fourth to sixth year, which the researchers acknowledge is not nationally representative. Just over two out of five overall had been frequently asked for sexual imagery but the figures for sending and receiving break down along sadly predictable gender lines, with boys much more likely to receive and girls much more likely to send images.

Significantly, girls were much more likely to report having received unwanted sexually explicit images (21.9 per cent) as compared with boys (7.5 per cent).

While the majority reported sending pictures to a romantic partner or someone on whom the sender has a crush, we all know the potential for a disastrous breach of trust.

If we think it is tough on us, try being a teenager trying to navigate the minefield of a life now mostly lived online

Drawing on international research, the DCU researchers concluded that the evidence for a link between engagement in sexting and emotional problems, such as depression, is mixed. The limited longitudinal studies available indicate that adolescents showing symptoms of depression are more likely to engage in sexting as senders. The researchers tentatively suggest that depressed teenagers might be less able to withstand pressure to send sexts.

Nonetheless, anyone who has witnessed a teenage girl almost catatonic with misery because her alleged romantic partner spread explicit images of her far and wide could confirm that it is a brutal experience.

This research took place in 2018 when lockdown was a term reserved for prisons and dystopian movies set in a zombie apocalypse. It is not implausible that given the boredom, confinement and lack of real-life encounters that figures could be much higher now. Anecdotally, the age group involved is also getting younger.

What are parents to do? Delaney Ruston is an American medical doctor and author of Parenting in the Screen Age. She was driven to research and to make documentaries on the effects of screen time because of constant tension with her own teenagers. She has some good advice.

She suggests avoiding panic and drama. The numbers who are involved in sexting are relatively small. Be both open and shock-proof. Lots of teenagers won’t share this kind of information with their parents for fear of having their phones or devices taken away.

However, she does advise casually dropping information such as studies that show people are more likely to make decisions that they regret when sleepy and alone. This might trigger the few seconds of reflection needed to prevent a really unwise decision. She advocates arming girls with ways to handle requests, and of course, we also need to talk to boys.

Ruston’s preferred approach is oblique rather than confrontational. She suggests asking questions about what others might have experienced and how they might have handled the situation rather than an interrogation about themselves.

It’s not easy being a parent during lockdown or at any other time but if we think it is tough on us, try being a teenager trying to navigate the minefield of a life now mostly lived online.