The Great British deference is dangerous in this time of crisis

To question Boris Johnson’s coronavirus plan is not ‘politicisation’; with lives at stake, it’s right to ask for evidence 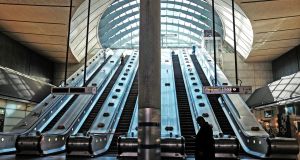 There is an odd piousness that infects the public and the media during times of national crisis. Overnight, our leaders are imbued with qualities they previously did not possess; in Boris Johnson’s case, with qualities he is notorious for not possessing. His pandemic management plan, one released with little supporting scientific evidence, is not to be questioned. It is to be followed and, if you like, praised. For those particularly susceptible to fetishising those in power in troubled times, it is to be hailed as not only clever, but a sort of counterintuitive genius. In Britain this is how we like our heroes – boffiny underdog types who retreat to their self-built labs at the bottom of the garden, and emerge with a panacea.

In these conditions, a leader is laundered of historical recklessness and proven incompetence. Any minor adjustments in behaviour become major corrections. There was a point towards the end of the government’s post-Cobra press conference when it became clear to me that Johnson was struggling to get through it all with a straight face, without making a quip. He ummed and aahed, fighting his compulsion by making vague noises. He almost pulled it off, but fell at the very last stretch, saying that the aim of the plan was to flatten the peak of the infection, to “squash that sombrero”. He then left with a hurried afterthought of a message to the stricken: “We will get through this.”

This very same performance was lauded by the Daily Mail as “striking the right tone ... Boris and his boffins carried it off well … we must trust their judgment and do as they say”. This is the same organisation whose own head of HR sent an email stating that “the global position is moving so fast that the official government advice is no longer adequate enough to safeguard our staff”. It seems that some sections of the media see their role as wartime lionisation, rather than the protection of the public. “Three amigos want to squash that sombrero,” said Quentin Letts at the Times in an article that contained the emetic observation that Johnson’s address was “voiced with just enough tremolo to be stirring but not so much as to sound butch”.

Johnson and his team’s hagiography is already being written merely for coming up with a plan, not because it works, but because in times of crisis our exceptionalism becomes embodied in our leadership. We are keeping the country open as the rest of the world does the opposite because we have cracked it.

Despite the fact that any reference Johnson made of evidence to back up his plan was a handwavey gesture to “the science”, despite the fact that he spelled out a strong position on not banning mass gatherings only to reverse it hours later, any questioning or demand to be shown the working is dismissed. We must know our place because the government has spoken and its intelligence is based on “the science”. We must be content with the government releasing extreme policies, such as quarantining elderly people for months, not in press conferences where they can explain and reassure, but through private briefings to journalists who then ventriloquise rather than question. It is as if any reasonable need to understand such policies, and indeed, why we are diverging from every other country in this regard, is a populist storming of the palace. No one is demanding that the public make the decisions, simply that there be an effort to explain why this country is taking such a different approach, the success of which hinges on mass observance from the public.

This need not be confused with a disregard for specialists. It is in fact a plea that the government allow those specialists to walk us through it. But asking for such becomes not just a reasonable scepticism based on the government’s previous form, or even a basic democratic exercise, it is now “politicising” the crisis. Politicising in this instance means not having enough respect for authority. The fact is it is political when our politicians do not reassure us sufficiently during a health pandemic that the prime minister (with just enough tremolo of course), called a once in a generation event. It is political, when politicians cannot convince the public of the reliability of their decisions, forcing people to take matters into their own hands anyway and start remote working protocols, cancel events, avoid mass gatherings and pull their children out of school.

It is a dangerous British trait to fall obediently into line behind those in power when things are uncertain. When the chips are down, a class system redux kicks in. The laws of the hierarchy must be observed. It is a sort of tyranny of politeness and deference that suspends judgment. Johnson is no longer thought to be an untransparent, unserious man guided by a crank. He is our leader in troubled times. His role and the circumstances, rather than his record or his performance, demand respect.

In a way Johnson’s previous lack of seriousness plays to his advantage now, so desperate are we to believe that underneath the clown makeup there is a serious person running the country, that it was always an act. It is the same impulse that prompts politicians and the media to declare Donald Trump as “finally” becoming president when he manages to get through a single event or speech without melting down. Johnson may indeed have made difficult decisions based on serious consultation with experts on the right response. In which case neither he nor those scientists – who are far more comfortable with uncertainty than politicians and their followers – should mind showing us their working.

There is clearly no consensus on how to respond to the pandemic even among the scientific community. Prof Neil Gershenfeld of Massachusetts Institute of Technology put it best when he said that “building models is very different from proclaiming truths”. All anyone wants to know is how our particular model was built, and then we can all squash the sombrero together.

Nesrine Malik is a Guardian columnist and the author of We Need New Stories: Challenging the Toxic Myths Behind Our Age of Discontent