Stun the crows – Frank McNally on an overused S-word 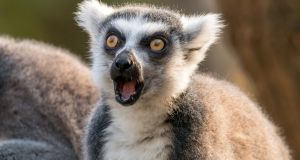 Dr Charles Daly (Letters, Wednesday) is right to complain about the overuse of the word “stunning”, and its variations, in a recent issue of this newspaper. Indeed, it is tempting to describe his count of “22” instances as being itself stunning. But if it’s any consolation to him, in general, and despite that localised outbreak last Thursday, the s-word epidemic in these pages appears to have peaked.

According to our archive, at time of writing, there have been 622 cases so far this year (and that figure may be somewhat exaggerated because the count often includes unrelated lookalikes of a search term, although that applies to all subsequent figures I quote here too).

We’ll have to await the final second-quarter results for a fuller picture – especially since June in Ireland is a dangerous month for the people most liable to be stunned: estate agents, travel writers, GAA enthusiasts, etc. Even so, the trend seems to be down on 2018, during all of which there were 1,603 archived uses of the s-word in its various forms.

By the way, the numbers for 2015 included several from this writer, in a column highlighting the tendency of another high-risk group – Twitter users – to find things “stunning”: typically pictures of sunsets and full moons.

I’m not claiming any correlation here, because my suggestion then that Tweeters reporting themselves stunned twice in the same week should be subjected to concussion protocols, like the ones they have in rugby, wasn’t completely serious. And yet I sense that the worst of the crisis has passed since then, even there.

As for uses of “stunning” in this paper, the figures of 2015 were far from being an all-time high. They were dwarfed by those of a decade earlier. In 2006, for example, the archive gives a whopping 3,574 “hits” (an apt word in this context) for the term. And they weren’t all in the property pages, either. Sport was a major contributor, while our arts reviewers were stunned a lot too.

Before that, the numbers had been rising steadily for decades. Measured in 10-year intervals, the most dramatic increase was between 1989 (which had a modest 774, including references to a recently formed band named The Stunning) and 1999 (which had 2,487). The usual temptation is to attribute the change to Riverdance, or Italia 90, although the economic boom and related physical expansion of the newspaper may be a more prosaic explanation.

By contrast, it is sobering to reflect that, back in 1979, there were only 266 recorded stunnings in our pages, and a mere 126 ten years before that. As for grim 1959, it had a paltry 52. And typical of those was one in which, after taoiseach Eamon de Valera announced his attention to run for the presidency, a repressed Fianna Fáil source was described as being “almost stunned”.

Etymologically, “stun” is descended from an old French verb, estoner, meaning “to shake, daze, or stupefy” and further back from a Latin word that meant “to strike with thunder”. You’d think this must also be where we get the term stoned, meaning drunk or on drugs, although that is officially of origin unknown. Many people think it derives instead from the other kind of stoning, the one with rocks.

As for stunning, we are told that in its modern sense it became a popular substitute for “splendid, excellent” sometime around 1849. That was 10 years before The Irish Times first appeared. But naturally, such vulgar usage took a while to catch on here.

Our archive’s earliest mentions of the s-word are usually in crime reports or inquests and involve actual concussion.

In fact, the oldest example may shed light on another point our letter writer made, when he said that last Thursday’s 22 uses included an “oxymoron” – viz “stunningly tranquil”. Well, yes, although it could be argued that then line between “stunned” and “tranquil” is a very thin one sometimes, so that the conditions could easily merge.

Thus a report in The Irish Times of April 4th, 1859, about the heroics of three crewmates who dived off their ship near South Africa to rescue a colleague knocked overboard during a storm by a swinging mainsail. Their efforts were in vain, alas, because he had disappeared. “The unfortunate man must have been stunned by the blow,” reported the paper, adding – with an unintended etymological twist – “for he appears to have sunk like a stone”.

Iron supplement
Pensions – a question of fairness
RTÉ and televised leaders’ debate
Forming a government
Planning and the capital
Time for electoral commission
Healthcare crisis and Sláintecare
Election cycles and short memories
Apple and a windfall
Storms, bins and waste