Selling AIB: Who should own it, and where should the sale profits go?

For this ‘badly behaved’ bank, the big issues need a wider airing before privatisation 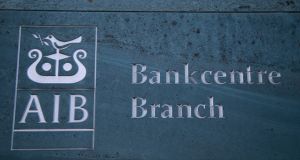 Allied Irish Banks: “AIB has a long history of being bailed out by taxpayers, of poor corporate culture, of excessive remuneration, and of overcharging customers.” Photograph: Nick Bradshaw

The Government strategy for privatising AIB has focused solely on the art of the deal – the price, how much to sell, and when to sell our 99 per cent. There has as yet been no discussion about what comes next, including control of Ireland’s second-largest bank; its future governance; the importance of credit to SMEs and individuals; or where the billions raised will be invested. These longer-term considerations are far more important than this short-term focus on the deal.

AIB has a long history of being bailed out by taxpayers, of poor corporate culture, of excessive remuneration, and of overcharging customers. Its rescue cost billions and, along with the other banks, the bailout nearly bankrupted Ireland.

Credit for business and individuals is too important to be left in the hands of a self-appointing bank board or clique. Thus, the first issue for discussion beyond the deal is AIB’s future ownership.

For some, it does not matter if AIB is controlled from abroad, provided we get the best price. Ireland, it is argued does not need to own its own banks – the market will provide, and if it collapses again on its foreign owner, then we won’t have to pick up the rescue bill.

However, credit is vital and we have seen how vulture funds behave.

It is important to have greater control over credit, so the State should retain a significant blocking share of AIB and make it the important indigenous bank in order to keep an eye on its behaviour. Its objectives and shareholding structure should be changed, and a sufficient number of public interest directors should be appointed.

A large public shareholding may reduce the price, but that would bring big benefits. We would get a share of future profits, keep control in Ireland, and ensure it is governed in the interests of all stakeholders. This should guarantee that AIB does not become a pariah yet again, sucking the life out of customers, shareholders and Ireland.

AIB cost the taxpayer when its ICI subsidiary collapsed in 1985. Then there were the Rusnak and Faldor frauds, its 53,000 bogus non-resident accounts in the mid-1980s, its €508,000 debt write-off for the corrupt taoiseach Charlie Haughey, its overcharging of customers. So continued oversight at AIB’s top is thus essential.

The bank’s model of governance should be the wider stakeholder interest rather than the narrow, ineffectual “shareholder value”. Banks are too important to be left to bankers – or even regulators, who have failed citizens so badly before. Today banks are setting reserves aside to pay fines so that they can act as they like, indicating a return to the vulture culture. By acting now, we have the opportunity to maintain some control, ensuring credit flows and respect for customers.

Finally, the decision to use the capital raised to repay the already declining national debt must be reconsidered.

The Irish national debt has been reduced to 76 per cent and continues to fall. Debt maturity compares favourably to other countries with a “wide and varied” investor base. This is a remarkable achievement, one that looked near-impossible just a few years ago.

At the same time, public investment in 2016 was at its lowest level ever, not even covering depreciation. While private investment is high, much of it is by multinationals and has no impact here. Greater public investment is crucial because there is a housing and health crisis. The Government recognises this and is stepping up planned investment, but it still lacks ambition.

Therefore, a proportion of the billions to be raised from the sale of bank shares should be invested in Ireland. More than €6 billion has been raised to date from AIB, and it was used to repay the national debt. This is a misallocation of resources when so much public investment is needed.

In conclusion, there should be a debate about the bigger issues around the sale of our shares in AIB.

Getting a good price is certainly important, but this is a unique opportunity to ensure that the bank is prudently run in the interests of wider Irish society; that it continues to be controlled from Ireland; that reasonable credit is available; that its governance eliminates malfeasance; and that its bosses are not overpaid.

Finally, some of the capital from the sale must invested in Ireland, and a significant shareholding must be retained.

Making AIB an Irish citizens’ bank is not a radical but a prudent path. It will be bitterly opposed by the elite. The Government should take it.

1 ‘I wandered around Dublin wondering: Is this what they call a capital city?’
2 Simon Coveney: Risk of nuclear catastrophe is unacceptably high
3 John Hume’s socially distanced send-off a fitting end to the life of a ‘great servant’
4 Teenage boy dies at Powerscourt Waterfall in Co Wicklow
5 Gardaí surrender 13 people to Polish police
Real news has value SUBSCRIBE