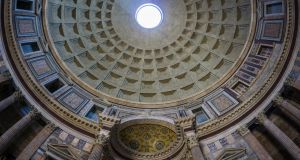 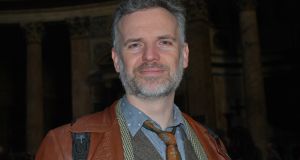 The music rose, floating like a whisper over our heads where we sat in the pews of the Pantheon in Rome, one of the eternal city’s most ancient temples. It was a moment to be cherished, to sit in this Roman church and listen to the voices of the PfizerPfonics, a Cork-based choir, singing two Irish compositions as part of the fifth Rome Music Festival, which was held there recently.

To make the day even more special, Ciarán Hope, the Irish composer of their hymn Agnus Dei, was present to hear them sing his work. As the first chords rang out, Hope beamed, delighted to hear his music come to life in such a spectacular location. Having recently returned from a long stint in Los Angeles, he was there to savour the experience of Agnus Dei being performed by this award-winning four-part choir in one of the world’s most impressive buildings, originally built by Marcus Agrippa in 27 BC. The piece was originally written as part of the score he composed for the two-hour 2014 film about Mother Teresa, called The Letters, with Juliet Stevenson in the lead role.

All through the morning, tourists continued to wander in from the Piazza della Rotonda outside, not understanding what all the fuss was about, that the PfizerPhonics were raising the roof – with oculus – under the baton of choir director Bernadette Kiely. It was a Roman holiday with a difference for any Irish visitor to the Pantheon that day.

Although a morning affair in the Pantheon, the three dozen-strong choir, in acknowledgement of their imposing surroundings, were dressed in evening attire – the men in silver waistcoats over black, while the women wore sparkly blue tops over black.

Again the Irish sang the two Irish-penned compositions, this time with musical accompaniment by their pianist, Denise Crowley. They also sang a number of other pieces, including the James E Moore jnr’s arrangement of An Irish Blessing and Adoramus Te by Giovanni Pierluigi da Palestrina. Ciarán Hope was in attendance once again to hear them perform. Others at the concert included Hope’s girlfriend, the actress Rebecca O’Mara, who will shortly be appearing in the Abbey’s production of Othello, playing the part of Desdemona, Margaret Ryan, deputy head of mission at the Irish Embassy in Rome, Cork men and Augustinian priests Fr Tony Finn and Fr Brian O’Sullivan, and the Italian artist and soprano Irene Rinaldi.

Imagine their surprise when he gave them a special mention, signalling out the visiting choir from Ireland, welcoming them to Rome and to the Vatican City. Sure, it’s a wonder some of them had any voices left to sing after the roaring and the cheering they did at this papal mention.

1 Transmission of Covid-19 on flight into Ireland linked to 59 infections
2 Covid-19: Range of key indicators on spread of disease starting to ‘level off’
3 When Anthony Clare met ‘calculating, disturbing’ Jimmy Savile
4 Two hundred Irish retailers for all your online Christmas shopping
5 Seán O’Brien: Anger over my parents’ break-up never left me
Real news has value SUBSCRIBE