There is nothing reckless about affording people a democratic choice 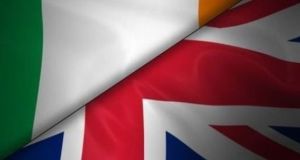 By coming together across the island, we have an opportunity to get this right and to build an inclusive, united future which delivers the change our island needs. Photograph: iStock

If ever we needed a reminder of the stark flaws and practical problems associated with the partition of our island, then the coronavirus pandemic and Brexit have exposed them like never before.

These crises have shone a spotlight on the cost of partition and the continued existence of a border on our small island.

Consequently, there are more and more people engaging with the live conversation surrounding Irish unity and the benefits of a united Ireland have become increasingly evident.

In my view, it is a conversation that is headed in only one direction and in the coming years there will be referenda on Irish unity, North and South; in accordance with the provisions of the Belfast Agreement. People want their say.

This is borne out by recent opinion polls which indicate that people want their say on the constitutional future of our island. That is our right and there is nothing reckless about affording people a democratic choice.

The success or otherwise of those referenda, however, hinges on the ability of those of us who want a united Ireland to convince those who do not currently believe it is in their interests of the merits of unity.

I believe we can win those referenda.

Sinn Féin will not be found wanting and we will continue to make the case for a united Ireland day and daily.

Our recently published discussion paper, The Economic Benefits of a United Ireland, is a valuable contribution to the conversation.

It demonstrates that a united Ireland is achievable and affordable, it debunks a number of the myths surrounding the “subvention” and it sets out that unity will deliver more jobs, a better standard of living and better public services.

The huge potential of a single all-island economic system within the European Union is waiting to be harnessed.

But the reality is that to maximise the benefits of a united Ireland, the planning must start now.

There is no need for obfuscation and delay.

More and more people recognise this.

The contribution of the Ireland’s Future group, chaired by Senator Frances Black, to the dialogue surrounding the future of the island has been invaluable.

But the reality is that unless, and until, the Irish Government becomes an active participant in the conversation and the process of planning for – and persuading people of – the benefits of a united Ireland, then we are at a serious disadvantage.

It also doesn’t make any sense.

Given that the State is bound by the Constitution and by international treaty to unite the island should the people so choose, the continued failure to have a plan in place for unity is irresponsible and unsustainable.

There is thus a pressing responsibility on the Government to lead an inclusive discussion in this regard and to start planning for our constitutional future.

This can be discharged while fulfilling all its legal obligations arising from the Belfast and subsequent agreements.

Immediate steps that could, and should, be taken include: the commissioning of a Government White Paper on Irish unity, the establishment of an Oireachtas committee on Irish unity and the full implementation of the Belfast Agreement.

In due course, when the immense challenges of the pandemic are overcome, then an all-island, representative Citizens’ Assembly or appropriate forum to discuss and plan for Irish unity must be established.

Common sense dictates that we must meet the challenges of the virus on an all-Ireland basis in the immediate term; including in respect of international travel. We can lose no more time in rising to this challenge.

Taking the necessary decisions required to tackle this public health emergency cannot be linked to the constitutional debate. They are required to save lives.

But it is a statement of fact that Irish unity would put us in a stronger position to meet future social and economic challenges.

Because of this, the growing demands of people – North and South – for a say on the constitutional future of our island are not going to go away. They will continue to grow in the time ahead as the practical follies of Brexit play their way out.

Even a growing number of unionists recognise the need for unionism to engage in the discussion. I welcome that. The voices of all those who share this island must be heard. No one has anything to fear from dialogue.

Continuing to bury its head in the sand and to pretend the conversation is not a live one is no longer a tenable position for the Government to adopt.

In fact, failing to plan for constitutional change at this critical juncture represents a dereliction of duty.

None of us can shy away from this.

By coming together across the island, we have an opportunity to get this right and to build an inclusive, united future which delivers the change our island needs.

4 Bill Gates: ‘I’m not trying to take anything away from Greta Thunberg, but...’