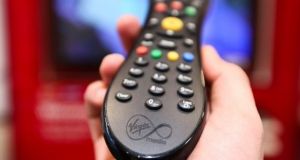 A chara, – Transferring responsibility for collecting the TV licence to the Revenue Commissioners would be a grave mistake. The public looks on the licence fee benignly as a legitimate payment for the public service provided by RTÉ, and factors it thus into personal budgetary arrangements. The new charge will be seen as another tax, all the more unjust and burdensome if as seems certain it would be attended by the same naked display of State power we have been witnessing in regard to the collection of the property tax. That an Oireachtas committee should come up with such an appallingly ill-considered proposal is an indication of how remote the holders of political office now are from those who elect them. Seemingly not one of the committee has sufficient historical knowledge to realise how inexorable is the path from oppressive taxation to mass disaffection from the State. – Yours, etc,