Legacy of Mueller inquiry will be an even more divided America

March 3rd, 2019: US president Donald Trump on Saturday (March 2) attacked US Special Counsel Robert Mueller ahead of his report on alleged Russia collusion by the Trump campaign in 2016 and said his political opponents were "trying to take me out with bullshit." 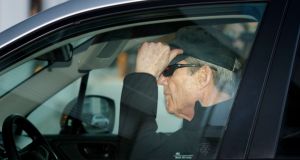 Almost two years after Robert Mueller began his investigation into Russian interference in the 2016 presidential election, the probe which has overshadowed Donald Trump’s presidency has come to an end. Last Sunday, attorney general Bill Barr submitted a four-page summary of Mr Mueller’s investigation to Congress. On the issue of collusion, the conclusion was unequivocal – the special counsel found that there was no collusion or conspiracy between Trump’s circle and Russia.

On the question of obstruction of justice, the findings are more ambiguous. According to Mr Barr’s summary of the Mueller report, the special counsel “does not conclude that the president committed a crime”. But it also does not exonerate him. Instead, Mr Barr and his attorney general, Rod Rosenstein, decided that the evidence collected by Mueller was “not sufficient to establish that the President committed an obstruction-of-justice offense”.

But although the Mueller investigation is over, the political row over its findings has only just begun.

While Republicans reacted with jubilation to the report, claiming complete vindication for the president, Democrats warned that the fight was far from over.

In the first instance they will demand access to the full report, and the underlying evidence used in the investigation. Ultimately they may subpoena both Robert Mueller and Bill Barr to testify.

That Barr and Rosenstein took less than 48 hours to come up with conclusions, on an issue that Mueller investigated for 22 months, is potentially concerning

The Mueller report is unquestionably problematic on a number of levels. The fact that the two senior officials in the Department of Justice have ultimately decided whether the president has obstructed justice undermines the whole idea of a special counsel investigation, which was established by Rosenstein as an independent inquiry separate from the justice department.

That Barr and Rosenstein took less than 48 hours to come up with conclusions, on an issue that Mueller investigated for 22 months, is potentially concerning. Barr’s reliability as an independent arbiter is also in question given that he dismissed Mueller’s obstruction inquiry as “fatally misconceived” in a memo to the justice department months before he was nominated by Trump to replace Jeff Sessions.

But the notion that Democrats may take up where Mueller left off is politically risky for the party.

While House judiciary chairman Jerry Nadler is correct to say that Congress has a wider mandate than the special counsel. But the party may find it difficult to convince the public that it is not simply re-running the Mueller investigation in a different form.

Already, Donald Trump and his supporters have claimed vindication, and are likely to paint any effort by the House to investigate Trump as a “witch-hunt”. The issue may divide the Democratic party itself. Although House speaker Nancy Pelosi issued a hard-hitting joint statement in the wake of the Barr letter calling for the full report to be released and questioning Barr’s objectivity, she has been careful to play down talk of impeachment in recent months. Mindful of the lessons of the Clinton scandal 20 years ago which saw Republicans, not Democrats, punished by the electorate, she has consistently cautioned against seeking to impeach the president, particularly given that Republicans control the senate which would ultimately vote on impeachment.

As America comes to terms with the end of the Mueller investigation, the fact is that the outcome is unlikely to change many minds about Donald Trump.

Democrats will continue to see him as a compromised candidate, unfit for office in temperament and judgment. They will also be buoyed by the fact that he was not exonerated by Mueller on obstruction charges, and that 34 people were indicted for crimes arising from the special counsel’s work, including six former Trump associates.

Republicans and Trump supporters will find proof that there was indeed “no collusion” as Trump has said consistently, and that the president was in fact the victim of a “witch-hunt”.

Ultimately, the deep divisions incited by this president are likely to become more entrenched following the Mueller report, magnified by a divided cable-news media that positions itself as either for or against the president.

That dynamic will play into the 2020 presidential campaign, and in a way that will likely benefit Trump. While the president was not fully exonerated by the Barr report, it is a significant political victory for him nonetheless. Additionally, its outcome plays right into the narrative and political strategy that helped to propel him to the White House in the first place – a sense of grievance and victimhood. Just as Trump appealed to broad swathes of white America by claiming that the system was against them, and others were taking their jobs and cultural identity, he can now claim that the “deep state” and “fake news media” were always biased against him.

Trump has given no indication that he intends to take the findings of the Mueller report lying down. The anger in his voice as he gave his first response to the report as he returned to Washington on Sunday suggests a president seeking retribution. His cryptic threat that somebody will “look at the other side” also suggests that Republicans may renew their scrutiny of the FBI for investigating the Trump team in the lead-up to the 2016 election. Since the Mueller investigation began, Trump allies have been focusing on what they claim is anti-Trump bias within the intelligence agencies, highlighting the decision to wiretap former Trump aide Carter Page, a decision that was made based on the now discredited Christopher Steele dossier.

An early indication of whether Trump plans to use the Mueller report as an election strategy will emerge tomorrow when he is due to hold a “Make America Great Again” rally in Michigan. In the meantime, Trump supporters hoping for four more years may well be feeling optimistic.