How much have we learned about abuse, silence, societal indulgence and power? 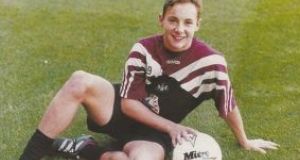 “The sight of former footballers sobbing on camera while looking back on blighted lives is heartbreaking”: David Eatock, the Former Newcastle United player, says he was sexually abused while at the club.

The weary mantra of the cynic, “only in Ireland. ”, implies much but answers nothing. Are we unique among nations for stroke-pulling politicians and greedy bankers? Were brutal mother-and-baby homes unique to Ireland? Were Irish Catholic clerics uniquely evil?

Back in 2002, while mobs were hounding a notorious clerical offender out of a Dublin address after his prison release, anyone who cautioned that the vast bulk of child sexual abuse actually occurred within the home and that more than a third was perpetrated by adolescents under 18, faced foul abuse herself.

Still, the problem was obvious: as long as people’s rage was directed exclusively at the church’s crimes and cover-ups, we were in danger of missing other important truths.

The church has been forced to address the underlying cesspit. A rough count from grim audits going back 40 or 50 years suggests that 214 Irish priests have been the subject of allegations, a figure dwarfed by the number of victims.

But now that priests are dying away, who do we blame for the fresh 3,000 cases of child sex abuse reported year on year? What were we missing back then? How much have we learned about abuse, silence, societal indulgence and the balance of power?

From revelations in recent weeks, we know that in past decades, unknowable numbers of young boys in English football clubs were being abused by men whose trust was as sacred as a cleric’s.

Within three days of revelations from a couple of high-profile footballers, a dedicated hotline fielded more than 860 calls from alleged victims. By last Friday, 83 potential suspects had been identified and 98 football clubs “impacted”, involving 21 police forces across the UK. Almost all the alleged victims are male and were aged from seven to 20 at the time of the alleged abuse.

Some suggest that the scale of it will surpass the Jimmy Savile scandal. That case that led to explosive enquiries into practices at the BBC and the NHS and ultimately, to the setting up of a wide-ranging statutory inquiry into child sexual abuse in Britain, a process so consistently shambolic it makes Ireland’s inquiries look like world-class models of efficiency.

The sight of former footballers sobbing on camera while looking back on blighted lives is heartbreaking. David Eatock, a gifted footballer signed to Newcastle United, described an occasion when he gave the benefit of the doubt to a coach who had exposed himself to him before and agreed to go for a drink.

Driving home, the coach leaned across and put his hand down the young man’s trousers. The older man’s “entire demeanour just changed . . . He was like a man possessed. I couldn’t breathe, I couldn’t function. I was in good shape, a footballer of 21, but I could not speak – the fear, the anger, the shock, whatever you want to call it – I just froze”.

Countless women will recognise almost everything about this story. The shocking change, the sense of paralysis. What that coach did to David Eatock is precisely what the now president-elect of the US has boasted about doing to other human beings. They just happened to be women. He could get away with it because he was a “star”, he crowed.

Only five years ago, when Newsnight, the BBC’s flagship current affairs show, inexplicably dropped an investigation into Savile, a massive BBC star, the editor sent an email to his journalists: the stories were based on evidence from “just the women”, he said.

By contrast, these footballers are believed without question, and good for them. But will the clamour about the cover-ups, the hush money and the hunt for the abusers from decades ago obscure other, deeper truths about the rotten, cynical heart of British soccer? The unnatural, inexplicable absence of gay footballers in top divisions; the appalling abuse of sexual power by some players themselves; the fact that a vile, fathomless strain of sexism runs right through the sport.

Google Dr Eva Carneiro, Chelsea’s former team doctor, and hark to the disgusting chants directed at her. Check out the 2016 Women in Football survey and read about the teenage referee who was regularly groped by an older male official on match journeys, and told she was so young, no one would believe her if she complained. She also feared for her job.

Reading David Eatock’s story is to wonder how any youngster could come through such a system undamaged. How many of those lads, having attained power themselves, have gone on to wreak further damage on the vulnerable and the powerless?

When the coach made his first move on him, Eatock was just 17 and told no one. He was worried that people would think he was gay and that he must have encouraged it.

How much has football changed in all those years?

1 Covid-19: Travel restrictions unlikely to be lifted before July 20th
2 Transgender Cork farmer (65) surprised at positive response to telling her story
3 Hanging up my fork: My final three meals as Irish Times restaurant critic
4 Fintan O’Toole: On this Fourth of July, the American republic is in grave danger
5 Bobby Storey: The IRA's planner and enforcer who stayed in the shadows
Real news has value SUBSCRIBE