Kathy Sheridan: the women of Austria may have saved Europe 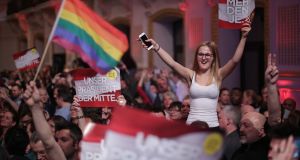 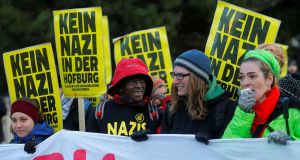 The sighs of relief around Europe were long and deep when Austria opted to reject the far-right, political extremist for president. For about 20 minutes on Sunday, the vote seemed to mark a turning point for poor, battered Europe. That was until Italy’s referendum turned the sighs to splutters and the odds were shortened on an actual professional clown assuming political power.

Still, how much worse would it have been if Austrians had elected Nobert Hofer, the Freedom Party’s smiling pin-up wont to wear a cornflower – the secret symbol Nazis wore to recognise each other in the 1930s, when they were a banned party in Austria – in his lapel?

The party’s late leader, Jörg Haider, used to openly praise aspects of the Third Reich, though these days, it’s not considered good practice.

The German vice chancellor Sigmar Gabriel said the vote had taken “a load off the mind of all of Europe . . . a clear victory for good sense against right-wing populism”. A colleague of his even viewed it as a backlash against the Trump victory in the US: “The liberal majority pushes back.”

Maybe it is. But let’s not pretend the vote was a crushing defeat for the far right. Nearly half of the Austrian electorate liked the cut of Hofer enough to vote for him.

So who swung it for the moderate candidate? In view of the contempt for so-called identity politics – ie, people who identify as women, African-Americans, women, LGBT, women, Latinos, women and so on – that flared in the US campaign, we should probably let the air clear for a while. Then again, if Arron Banks, Nigel Farage’s bestie and co-founder of the Leave EU campaign, can tweet things like, “I suppose they [the Austrians] haven’t suffered enough rape and murder yet,” surely that’s the ultimate in identity politics ? So hell, let’s talk identity.

It was the women that won it. According to Sora (Institute for Social Research and Consulting), while a whopping 56 per cent of men (and 85 per cent of blue-collar workers) plumped for the Freedom Party’s Hofer, only 38 per cent of women did. In other words, 62 per cent of Austrian women who voted opted for Alexander Van der Bellen, the 72-year-old, retired economist backed by Austria’s Green Party.

Yes, there are some who wonder how women cope in these either/or situations, but since the serious Germans mentioned above believe these women may have saved Europe for a while, we should probably try to tease out what this tells us.

Some commentators put it down to an inclusive viral video campaign, featuring female protagonists such as “Gertrude”, an 89-year-old Holocaust survivor from Vienna. Or to Hofer’s more aggressive tone in the TV debates. Or maybe it was that Nigel Farage told Fox News that Hofer would seek a referendum to take Austria out of the EU – oops in a country where two thirds are happy with the EU. (Farage, with fabulous irony, was ordered by Hofer “not to interfere in Austria’s internal affairs”).

Or perhaps it was Van der Bellen’s “authenticity”: his “authentic, unconventional” appearance that played a key role in swinging the vote, according to a political scientist quoted in the Guardian. Van der Bellen is not a career politician and stayed true to his “unpolished” self, said Richard Heinisch. “Sunday’s vote has shown us that, while there is potential for a protest vote, it doesn’t always have to go to the far right. There is such a thing as a radical centre.”

It is an interesting concept. But while it’s difficult to discern where that protest lies in the Van de Bellen vote, it does suggest that Austrian women are independent of mind. In the US election, there was an inference that rural white women had ultimately swung Trumpwards in sympathy for their menfolk and voted for the “authentic” crotch-grabber bristling with shruggy ignorance, machismo and pledges to build the wall and drain the swamp and bring back traditional manufacturing industries. Perhaps the Austrian women were protesting against all such types and concluded that Van der Bellen is a genuine, decent authentic.

Why the majority of Austria’s men opted for a man like Hofer is another question. Austria is in the world’s 14 top richest countries with less than six per cent unemployment. Life is pretty good, by all accounts. Yet, a political right-wing extremist managed to pick up nearly half the vote, which suggests that nationalist flag-waving and xenophobia are not necessarily the product of rust-belt style poverty or mass unemployment.

Back in Brexit land, it is worth noting that the sexes were broadly agreed on how they voted in the referendum – all, that is, apart from the 18- to 24-year-olds, who were overwhelmingly for Remain. But while eight out of 10 young women were Remainers, according to Statista. com, their male peers were around 20 points behind them.

Mind the women, boys. In every sense.