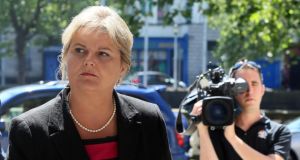 We should, I suppose, be grateful to the High Court for upholding the constitutional right of Oireachtas committee members to abuse people. It is easy to forget that the ability of a group of Dáil deputies to grandstand for the cameras at someone else’s expense is a vital safeguard of Irish democracy.

But that is the upshot of this week’s confirmation by the High Court that parliamentary privilege – the right of deputies and senators to not have to answer to any court for what they say in the Oireachtas – extends to bodies such as the Public Accounts Committee (PAC).

The judgment was on foot of a case brought by former Rehab boss Angela Kerins, who appeared before the PAC a few years ago on foot of allegations of financial mismanagement at the charity. She was accused of being paid too much and running Rehab very badly. The allegations were at best subjective comments and at worst damaging to Kerins.

The public learned little new about the running of Rehab but the members of the committee earned themselves a lot of free publicity by being seen to hold her to account for her stewardship of a publicly-funded body. It was a class of blood sport.

It is hard to have that much sympathy for Kerins – she took a weak case and lost – but at the same time its hard to believe that what went on in the PAC that day is what the founders of the State had in mind when they inserted article 15 into the Constitution.

Laudably, the High Court appears to have at least set out the limits on just how much self-publicity committee members can generate at other people’s expense using Oireachtas privilege. The courts made it clear that committee members can get stuck into someone only as long as the subject agrees to appear before before them voluntarily.

The court also pointed out that committee members can’t avail of privilege if they are going to make any findings of fact about the veracity of what the person appearing before them is saying. If the committees try and do either of these things then other rights granted to people under the Constitution kick in.

So the good news for the TDs who sit on the 30-odd Oireachtas committees is they can continue if they choose to generate publicity in the same consequence-free fashion that they have done for years. The absolutely best way to do this is to tear strips off some poor unfortunate to such an extent that it is deemed worthy of being reported in the newspapers or shown on the television news. There will be no stopping them now.

Many political careers have been built on less .The fact that the line of questioning that produces the sound bite might be nonsensical or completely beside the point is irrelevant. That the accusations being made might false and damaging is also not an issue – because they person asking the questions cannot be held to account . It is, however, a big deal for the person the receiving end.

The sad fact is that Oireachtas privilege has been abused by some deputies and Dáil committees – whose theoretical purpose is to scrutinise prospective legislation – have been hijacked.

It is part of the wider debasement of the Oireachtas.

Having rendered the the Dáil chamber itself pretty much irrelevant – in terms of holding anyone and anything to account – enterprising politicians have latched on to Dáil committees as a vehicle for self-promotion. They know that nobody will see them on Oireachtas TV, but there is a chance they will get on the Six One News if they put on a good performance in some committee.

Oireachtas privilege was framed with the Dáil chamber in mind. Its purpose is to allow elected representatives bring up issues that they feel are in the public interest without fear of being dragged through the courts by powerful vested interests. It is an important check on private power in a small country such as Ireland.

It is far more likely that when Éamon de Valera and others sat down to draw up the Constitution in 1937 that they had the likes of of Catherine Murphy and Mick Wallace in mind.

Both deputies have used Dáil privilege to put into the public domain serious allegations relating to the activities of the Irish Bank Resolution Corporation and the National Asset Management Agency and, ultimately, public funds. Both sets of allegations forced the establishment of formal inquiries into important issues that would most likely not have come to light.

It would seem that the amateur dramatics indulged in by some members of the PAC and other committees is part of the price we must pay for this.

1 Covid-19: Hairdressers, gyms and religious services could return next week
2 Bloomberg ranks New Zealand top in fight against Covid-19 - but how did Ireland fare?
3 The beginning of the end: 10 things to know about Covid-19 vaccines
4 Q&A: When will we know more about plans to exit Level 5?
5 How to gift your child a house deposit . . . tax free
Real news has value SUBSCRIBE