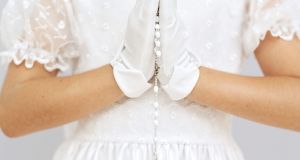 My eight-year-old son won’t be in school this week. He’ll be with his mother and me in Spain, on a holiday paid for by his grandmother.

We’re taking him out of education for a week, so he doesn’t feel even more left out, even more different than he has of late. Since Christmas he’s grown to know what apartheid feels like, not on grounds of race (which would be illegal), but rather creed (which is perfectly legal).

It’s the week before first holy communion and he’s just had enough. Enough afternoons in the library. Enough colouring. Enough of sitting in with the children in third class.

When’s the last time you tried to explain segregation on the grounds of religion to a child who still believes in Santa? And all this in a national school paid for by the State.

To put it bluntly our son, and many other boys and girls, are the innocent victims of the unholy and unhealthy relationship between the Catholic church and the Irish state. In this marriage of convenience, Ireland is the absentee cheque book father to the Catholic Church’s over-protective mother. We live in a State that is happy to pay for a child’s birth, education and health care, just don’t ask it to get involved.

We hear stories of children being baptised to insure a school place and luckily for us, that isn’t an issue in this part of rural Ireland. Either way, reforming the shameful ‘Catholics First’ school admission policy totally misses the point. This sets out to treat a symptom, while totally ignoring the problem. Even by Irish standards this is Olympic gold can-kicking stuff. The problem is as simple as its solution. The Church and State need to be separated. If that doesn’t happen then children in State education will continue to be discriminated against on the basis of their religion or lack of same.

Parents though are not without fault. Not those of faith who actually bring their children to mass every Sunday. It’s the others to whom First Holy Communion is less Christian, more Christian Dior. The parents who are happy to let the school handle religion, as they only see the inside of a church when someone is getting baptised, married or buried. I know this bouncy castle brigade grates with many believers, and I empathise. But that’s what happens when you run a drift net through our education system. You can get quality or you can get quantity. Never both.

And yes, I know taking a healthy child out of school can get you into trouble. Children need to go to school. But they go there to be educated, not indoctrinated; included not excluded and, until the State grows up and accepts its responsibilities, then children of other faiths, or indeed none at all will continue to suffer exclusion.

Peter Mulryan is a writer and distiller.

1 Steve Coogan: ‘Come Out, Ye Black and Tans is two fingers to the British’
2 Pat Leahy: Fianna Fáil and Fine Gael will not crawl off and leave McDonald the stage
3 Paul Flynn: How to cook the perfect chowder – don’t use flour and keep it simple
4 Parties to continue talks with Sinn Féin despite Drew Harris’s IRA comments
5 Anti-Irish bigotry in Britain has not gone away
Real news has value SUBSCRIBE