Is climate change an issue of human rights?

Age of climate lawsuit is upon us: Dutch and Irish courts make different rulings 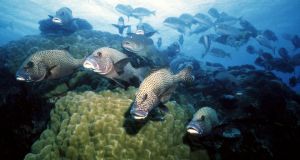 Ireland’s emissions rose 25 per cent between 1990 and 2005, and to meet the suggested target of a 40 per cent reduction by 2020 would require drastic economic measures. Photograph: Greenpeace/Reuters

Samuel Moyn, a Yale historian, finds human rights to be “unambitious in theory and ineffectual in practice”. The argument goes that over the last half-century, they have grown hand-in-hand with market-friendly law, and are unable to do the heavy lifting that distributive justice requires. Earlier history of human rights may point to why – rather than serve as a precursor to the construction of nation states, human rights have been instrumental in “ratifying and strengthening” “structural evils” between and within states.

In this world view, human rights seem to have a limited role to play in a structural issue such as vulnerability to climate change. Thus, when the Paris Agreement – the 2016 UN agreement on climate change – mentions that climate action requires states to “respect, promote and consider their respective obligations on human rights”, does such recognition make any difference? One way to approach this question is to recognise that a “right” as against a privilege entails justiciability – there must be the promise of access to justice when such a right is not recognised, or a corresponding duty to ensure such a right not fulfilled.

A quick glance across the world reveals that the age of the climate lawsuit is upon us. Although the US claims the lion’s share, Belgium, France, Germany, Ireland, the Netherlands, Sweden and the UK have witnessed cases requiring governments to take more action. Outside Europe, courts in Australia, Canada, Colombia, India, Nigeria, Pakistan and the Philippines have entertained climate change lawsuits.

The European Court of Justice, Inter-American Court of Human Rights (and to a limited extent the International Court of Justice) have also dealt with climate change issues. Generally speaking, despite their prevalence, climate lawsuits are mostly unsuccessful. The notable exception is the Urgenda case in the Netherlands. The district court at The Hague was the first court where a group of citizens found success in requiring the government to undo a rollback on climate action. This judgment was appealed by the government; the appeals court not only upheld the district court judgment, but also found additional protections based on human rights.

The Right to Life (article 2) and the Right to Private and Family Life (article 8) under the European Convention of Human Rights (ECHR) were construed to impose a positive obligation on the Netherlands to ensure that climate change does not push its citizens across a threshold of harm. This threshold was determined by targets found in reports published by the Intergovernmental Panel on Climate Change under the UN framework.

The Urgenda appeals court judgment seems to provide an answer to Moyn’s scepticism on the role of human rights in addressing structural issues. By recognising positive obligations of the state to protect and fulfil rights found in the ECHR, we are no longer confined to a narrow view of human rights, but one where vulnerability due to structural issues is in play.

Importantly, the apprehension that human rights are instrumental to priorities of whichever government is in power may now be reconsidered. It would not come as a surprise that articles 2 and 8 of the ECHR are slowly making inroads into issues conventionally considered to be budget-based policy decisions that fall exclusively within the state’s discretion, such as housing, migration and privacy.

The Friends of the Irish Environment (FIE) were motivated by the Urgenda decisions, and filed a petition to review the current government’s National Mitigation Plan formulated under the Climate Action and Low Carbon Development Act. It was argued that the plan was not ambitious enough to protect current and future generations from harm. Accordingly, it does not fulfil the goals stated in the Climate Act, is not compatible with the ECHR, and should not have been approved by the Government. In his clearly articulated and accessible decision of September 19th, 2019, Justice MacGrath dismissed this application.

Before doing so, he recognised the scientific consensus on climate change, and that “the need for action is undoubted”. Further, he recognised that an NGO like FIE can moot human rights claims despite not being a natural person as the case concerns the general public. However, the plan was not found to be unconstitutional and there was no violation of human rights under ECHR. The mantra underlying the judgment is non-interference with government discretion under Irish constitutional law, which is found to be exactly on par with the “margin of appreciation” in ECHR law, where states get a wide “margin” in fulfilling their positive obligations. The representative of the Department of Communications, Climate Action and Energy argued that there is sound basis for why Ireland may not be able to meet targets suggested under the UN framework.

Ireland’s total emissions have increased by 25 per cent between 1990 and 2005, and to meet the suggested target of a 40 per cent reduction by 2020 relative to 1990 would require extremely drastic economic measures. These measures would have to be borne by sensitive sectors such as agriculture. Thus, a legal culture of deference to government discretion found support in prudent budgetary and economic arguments. Given such reasoning, it would be difficult to find the plan unconstitutional.

The difficulty with the judgment arises in the tail end where it briefly touches on whether there are standalone human rights protections that the plan does not satisfy. It is here that the court collapses this inquiry into its reasoning on government discretion. It finds no jurisprudence by the European Court of Human Rights specifically on positive obligations of a similar nature, and mentions that it “knows little of the duty of care under Dutch tort law”.

In Urgenda, human rights under the ECHR were found to be the basis of deciding on a threshold of harm that the state had to prevent: this was the positive obligation towards its citizens. This conclusion was reached independent of budgetary prerogatives of the current government. This crucial aspect of the Urgenda judgment was papered over in the Irish case – there is no discussion on whether and how human rights constitutes an independent obligation which the government could then decide how best to implement. Admittedly, there is compelling political basis for giving states a “margin of appreciation” in deciding on how to fulfil their positive obligations. Having said that, it is debatable whether the margin of appreciation extends to deciding what these obligations are. Further, while the margin is given to states, it cannot be assumed that it is given only to the executive or the legislature. Rather, the ECHR may well be thought of as empowering national judges to see how a human right can develop a voice of its own in dealing with a structural problem.

Suryapratim Roy is assistant professor at the school of law, Trinity College Dublin