Irish people are drawn to spiritualism - but not as a religion

An appetite for mediumship exists, but add in the doctrine of a religious organisation and people head for the door 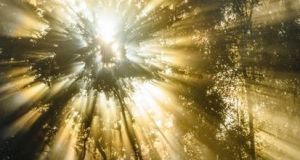 For the Celt the Neolithic marvel of Newgrange became the home of gods and a passage between worlds. And let’s not forget the Celtic Samhain, the night on which a portal is opened between worlds. Photograph: Getty Images

Can the dead communicate with the living? There is nothing like war or pestilence, such as our current pandemic, to bring such questions to the fore. Some people are hearing strange sounds while in lockdown and believe they are quarantining with a ghost. Others are experiencing lucid dreams in which the spirits of the deceased appear to offer comfort.

Across the State there has been an increase in the number of bereaved seeking out mediums for reassurance of their loved one’s continued and peaceful existence.

Throughout history people have sought out mediums and healers like Biddy Early and the Witch of Youghal, who claimed to heal with the help of the Sidhe.

For the Celt the Neolithic marvel of Newgrange became the home of gods and a passage between worlds. And let’s not forget the Celtic Samhain, the night on which a portal is opened between worlds.

Thin is the veil between the living and the dead on the island, which makes it all the more surprising that spiritualism has been slow to take root here.

Spiritualism – the religion born in upstate New York in 1848 after a murdered cobbler communicated with three sisters – holds the central tenet that the dead continue to exist and communicate with the living either directly or through mediums.

In the late 19th century it filled scientists, artists and the literati – WB Yeats among them – with metaphysical excitement. In the US and Britain spiritualism was organised into a hierarchy of churches with established principles, among them the central tenet that the so-called dead continue to exist and advance through higher heavenly spheres.

However, fearful of falling foul to the Witchcraft Act of 1735 or angering the Catholic Church, Irish mediums and spiritualists opted for clandestine meetings. By the 1970s medium Brendan O’Callaghan found even priests and nuns were coming in disguise for readings. Everyone loved a medium’s message as long as it was shared in secret.

With repeal of the Witchcraft Act in 2008, the loosening of the Catholic Church’s grasp and the increased secularisation of the island (the Central Statistics Office shows a sevenfold increase in those reporting “no religion” since 1991) spiritualist centres popped up to offer interdimensional reunifications and the spiritualist doctrine that continues to attract scientific study of the concept that consciousness does not die.

In the last decade gatherings at the Irish Centre for Shamanic Studies, a place rooted in ancient spiritual traditions only a stone’s throw from Newgrange in Co Meath, have increased tenfold, suggesting a renewed interest in pre-Christian spirituality.

Paradoxically, the island’s pre-Christian beliefs in spirits and its connection to the land intrinsically lends itself to spiritualist philosophy

Some 40km down the road Julie Coyle founded Oldcastle Spiritualists, optimistic that this interest in ancestral spirits may indicate a new openness towards natural communication with the more recently departed. The result has been unexpected.

Unlike the rules, regulations and organised churches of the US and Britain, the Irish interest largely lies in holistic healing, dabbling in the mystical and receiving messages from the beyond.

An appetite for natural spirituality and mediumship exists, but add in the doctrine and ethical oversight of a religious organisation and people head for the door.

Paradoxically, the island’s pre-Christian beliefs in spirits and its connection to the land intrinsically lends itself to spiritualist philosophy, but the current religious hangover, the distaste for hierarchies and rule-makers, has muted attempts to gain general acceptance even among those who are open to the survival of consciousness.

Undeterred, spiritualist mediums Miriam and John Fitzgerald have established Nlightening Events, a forum for a more sophisticated discussion of these ideas so that people can make informed decisions about the veracity of life after death and its ontological implications.

In turn the World Congress of Spiritualists will meet here in 2026, offering the State an opportunity to discuss these issues from an Irish perspective.

Certainly the imagination and natural spirituality of the Celt offers spiritualism something distinctive and enriching. Whether spiritualism can accommodate the Irish free spirit remains to be seen.

Karen Frances McCarthy is a spiritualist medium and author of Till Death Don’t Us Part (White Crow Books 2020).