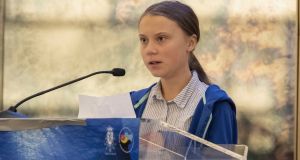 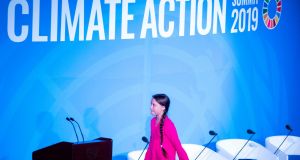 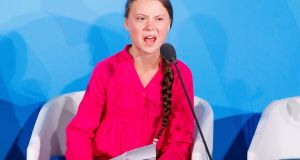 I have Asperger’s, so let me make sure I’ve got this right; an autistic teenager brought fresh energy to a global movement in the space of a year, and she’s being questioned on how “capable” she is?

The backlash against teenage climate activist Greta Thunberg has focused heavily on her Asperger’s. The emotion in her viral speech to the UN Climate Action Summit has led to the expression of “valid concerns” about her state of mind.

These “concerns” fall into one of two forms of condescension. There is the sneering aggression of right-wing reactionaries, as demonstrated by Michael Knowles of the Daily Wire, an outlet that regularly publishes the pseudo-science of climate change denial. Speaking on Fox News about activism for climate action, Knowles said: “If it were about science, it would be led by scientists, rather than by politicians and a mentally ill Swedish child who is being exploited by her parents and by the international left.”

Having worked for an outlet that persistently ignores climate scientists, Knowles’s response to a popular groundswell for climate action was, in his own words, “attacking the left for exploiting a mentally ill child”. Fox News issued an apology and vowed to not invite him on air again.

It is possible, however, to express the same toxic premise in the more sanitised language of a centrist appealing to moderation. RTÉ’s Ryan Tubridy commended the international marches for climate action on his radio show on Tuesday. He then went on to express reservations about Greta’s pained delivery, noting her Asperger’s and saying: “I just don’t think she should be put on a stage that size. It’s not good for her health, I think. Not good for her mental health or wellbeing. [. . .] I just worry is she alright? Is she being minded?”

Tubridy, seemingly unaware of the parent and handlers travelling with Greta, implied that her Asperger’s could make her unsuitable for such campaigning. Given the year of success she’s just had, this is laughable.

Tubridy tried to distance himself from this interpretation of his remarks on Wednesday. He insisted that “a pairing of her Asperger’s syndrome with mental illness” was “not what was intended at all”. He then trailed off without acknowledging the harm this conflation could cause.

Thunberg has been harmed way more by apathy on climate breakdown than she’s going to be by stage lighting or loud crowds. Had her critics focused more on the content of her speech they might have felt her emotion was quite justified.

Instead, they get swept up in the very distraction the obstructionists of climate action were hoping for. This has the collateral damage of supporting bigoted suspicions that autistic people cannot arrive at independent decisions and must have their mental stability and political participation questioned. It is in that cultural context that social media has been flooded with accusations that Greta is being exploited for a political agenda. You know? The one where civilisation continues.

This assumes her parents pushed her into supporting this political agenda at her inconvenience, instead of the other way around. When autistic kids get interested in something, they get really interested in it. Her behaviour is entirely consistent with an autistic child seeing hypocrisy in her political culture and taking a stand against it.

Her stand was so compelling, it did gather a political bandwagon around her. It includes supporters who have their own reflections to make – such as Hillary Clinton, who was mocking climate activists during her presidential bid. The climate breakdown has since accelerated so rapidly Thunberg is right to be emotional in laying out its stark consequences.

If you think the pain on her face is because of mental anguish, then I hate to be the one to tell you, but it sounds like you may be having trouble reading facial expressions, taking society’s cues and empathising with others.

The recent flurry of online attacks against autistic people, their character, abilities and autonomy, is shameful but also stupid. Autistic people should pay no heed to the charlatans trying to police our emotions or bully us out of public life.

Such ignorance needs to be called out, even when poorly hidden behind the language of “valid concerns”. Greta Thunberg does not need your concern. She needs you to listen to her concerns and act on them.

Jonathan Victory is a writer and filmmaker living in Dublin.