Gone native: ‘sharing’ my experience in return for a share of your cash 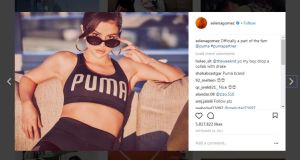 The email from the PR firm was admirably upfront. Its client had a new home-tech product, and it would be delighted to come to my house, install it and give me three years’ free usage. Then, in return, I would share my experience of using the product. “At a minimum we would ask for one Instagram post and one Instagram Story” incorporating the client’s name and advertising-campaign hashtag. It went on to say, “We would welcome additional content and would be open to collaborating if you had any specific ideas that we could help with.”

I don’t have an Instagram account, and my teenage daughter kept the eye rolling to a minimum as she explained the difference between a post and a story. But my cluelessness about a particular social-media platform (self-imposed; who has the time?) is beside the point. Paying for coverage is advertising – celebrities like Selena Gomez and the Kardashians earn hundreds of thousands per sponsored Instagram post – and a shiny gizmo with an agreed response is the same as cash.

Journalism has to put an expanse of clear blue water between advertising and editorial. The problems start when the water gets murky

This was my first such email, but it was obvious from its confident tone that this interaction was a norm. If I were a social-media influencer, paid by brands to mention a product to my hundreds of thousands of followers, it would be an everyday transaction. And I wouldn’t have to mention I was being paid: the Advertising Standards Authority for Ireland asks nicely that paid social-media posts include #ad or #sp, to make the transaction clear, but it’s only a request.

Obviously, for reasons bound up in ethics and transparency, I passed on the opportunity.

Journalism has to put an expanse of clear blue water between advertising and editorial. The problems start when the water gets murky.

The campaign to launch Project Ireland 2040, as orchestrated by the Government’s strategic-communications unit, included advertorials in national, regional and local press. So far, so old school. You might expect something a little less boring from the much-trumpeted and well-funded new Civil Service unit.

Advertorials are as old as newsprint: they are paid content, with the advertiser approving the copy and deciding what goes on the page. The words “advertorial”, “sponsored” or “special feature” is prominent, so readers can clearly see what they’re reading comes from the advertising rather than the editorial floor.

And they shouldn’t be the only cues: the layout and style should be sufficiently different from the paper’s normal look to make the page easily identified as paid-for content. Editors are the gatekeepers on this.

The controversy around the Project Ireland 2040 advertorials has reached Dáil-debate level – the word “spin” gets a good airing. The Opposition is complaining that the advertorials feature Fine Gael politicians, including Senators (not key players in the implantation plan of the programme) and an election candidate, and that some aren’t clearly flagged as advertising.

The accusation that the strategic-communications unit is serving the party interests of the Government of the day rather than, like any politically neutral Civil Service unit should, serving government with a small G is a serious one.

So too is the question of how clearly the advertorials were labelled. Might readers not fully understand that this was a communication from the Government?

There’s now to be a review of the unit, which should include an examination of the commissioning and copy-approval process of the Project Ireland 2040 advertorial campaign. The results made public might put this distracting controversy to bed and assuage broader fears that the unit is a Government spin machine.

It should also open up a larger debate about paid content – for all advertisers, not just political ones – on news platforms, because, rather than disappearing with print, paid content is a key revenue stream in the digital age.

It has a new name – “native advertising” – and at its most basic it’s made up of online interviews and “news” reports that look like regular pieces but aren’t, because they’re paid for. They’re a big win for advertisers, as fast-scrolling readers don’t hate these “articles” (and might even read them) in the way they hate pop-ups and banners – the staples of online advertising.

It’s now standard for legacy news outlets that have migrated online (including The Irish Times) to have a “content studio” producing native advertising. And each looks to the New York Times, which led the way in 2014 when it established T Brand Studio, its now commercially successful brand-marketing unit, whose tag line is “Stories that influence the influential”. It creates a huge variety of paid-content options for the paper’s advertisers, from articles to videos, clearly labelled with the T Brand Studio logo and the words “paid post” – an old-fashioned but unambiguous identifier.

To see how advertorials online can be done – and be clearly separate from editorial – google one of T Brand Studio’s first campaigns, for the Netflix series Orange Is the New Black, where it brilliantly reinvented the dusty old advertorial.

Editors and advertisers have always known the difference between editorial and advertorial. It’s important readers do, too.