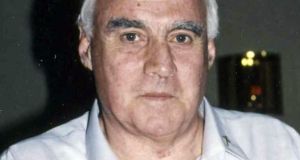 Fr Gerry Gogan: “a man of compassion and wisdom who gave witness to a down-to-earth Christianity”.

Fr Gerry Gogan, who has died in his 92nd year, was one of the dwindling band of Irish missionaries expelled from Nigeria after the civil war of 1967-1970. A member of the Spiritan order (historically called the Holy Ghost Fathers in English-speaking countries), he served for 17 years in that country

He learned to speak Igbo, the major language of eastern Nigeria, and was loyal to his flock when it mattered most. After the civil war broke out, he returned from leave into the breakaway state of Biafra on an aircraft which landed at night on a stretch of road converted into makeshift airstrip, in complete darkness and under threat of anti-aircraft fire from Nigerian forces. Much to the discomfort of he and other missionaries, they couldn’t smoke for fear the glow of the cigarettes would betray the aircraft. As a pastor in blockaded Biafra he oversaw over a dozen feeding stations linked to 27 refugee camps.

The defeat of Biafran forces in January 1970 also ended his stay in Nigeria, as he and his colleagues were expelled by the Nigerian government, which perceived them as collaborators with and even encouragers of the Biafran rebels.

Biafra had a large Catholic population due to Irish missionaries’ work over many years. Many of the missionaries saw paralells between the creation of Biafra and the Irish War of Independence. At least half a million Biafrans died from hunger and hunger-linked diseases, as the Nigerian central government starved the secessionists. This generated huge sympathy for Biafra among the Irish public. The charity Concern Worldwide had its origins in the efforts of Irish Holy Ghost Fathers – most notebly Fr Aengus Finucane – to subvert the Nigerian blockade.

The government of the day did not share the popular sympathy with Biafra, and there was some tension with the Spiritans. One diplomat reported home on Nigerian allegations they were “impertinent busybodies from abroad”.

As the Spiritans were being ejected from the country, Nigerian journalists taunted them. Gogan responded by sticking his tongue out and was rewarded by his picture appearing in the newspapers.

After Nigeria, Gogan was stationed in Ireland for a short time, then was posted to Sierra Leone. Missionaries had a saying that, while “Nigeria breaks men’s backs, Sierra Leone breaks men’s souls”. But he played an important part in the church during his half-dozen years there. Based in the east of the country, he translated the Mass into Mende, one of the country’s major languages.

As well as being a missionary, Gogan was was a poet and self-published a volume, Life Duets, containing more than 100 poems.

The Spiritans ran the college. At an early age, he decided on the religious life. After the Leaving Certificate, he entered the Spiritan novitiate at Kilshane in Co Tipperary. After a year, he moved to the Spiritans’ missionary college at Kimmage Manor in Dublin to study philosophy and theology, and finally to Clonliffe College.

After ordination there in 1953, he sailed to Nigeria with a couple of dozen other Irish missionaries. It would be 60 years before Ireland became his permanent home again.

After Sierra Leone, he was moved to Australia in 1976. First he was based in Melbourne, next in Brisbane. As age caught up with him, be became chaplain to a nursing home on Queensland’s ‘Gold Coast’. In the nursing home, he was famous for organising singalongs as therapy for residents. He only returned permanently to Ireland only about six years ago.

He was a man of compassion and wisdom who gave witness to a down-to-earth Christianity. He is survived by his sisters Marie and Eileen, and brothers Tom, Lorcan and Niall. He was predeceased by his brothers John and Bernard.