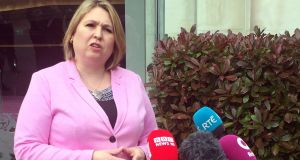 Imagine how it must feel to be told that the payment of a token of compensation for the destruction of your childhood by cruelty and neglect is less important than, say, the establishment of a commission for livestock and meat, or the implementation of a law concerning the sale of alcohol at a golf tournament.

Imagine if you were so used to being mistreated and ignored that you were not surprised by this feeling, that it was in fact sickeningly familiar, although no less painful for that.

This was the feeling that led Clint Massey to plead from his deathbed last year that the redress due to survivors of institutional abuse in Northern Ireland should be paid immediately.

“I was dealt a bad hand at first, but nobody deserves to be dealt two bad hands,” he said. He died of cancer days later, aged 60. He had spent his childhood in the infamous Kincora Boys Home, and was one of those sexually preyed upon there.

That bad hand continues to be dealt. When, earlier this week, a small group of protesters turned up at Castlecoole, Co Fermanagh, the police closed the magnificent wrought iron gates of the stately home to keep them out. They had not been invited to the Secretary of State’s garden party.

These men and women are survivors of abuse in brutal institutions around the North to which they were sent as children. Those who abused them included arch Paisleyite William McGrath and Fr Brendan Smyth. “We are totally cross-community,” says Margaret McGuckin, one of those who has led the long struggle for justice of these most shamefully neglected citizens of Northern Ireland. As they stood there, Karen Bradley, who said earlier this month she is powerless to help, arrived in the back of a limousine. “She waved,” said McGuckin. Then her car disappeared up the treelined avenue.

Bradley is generally regarded as the worst Secretary of State ever

Massey is one of at least 32 survivors who have died in the 2½ years since Sir Anthony Hart called for redress to be paid to those who were victimised within abusive regimes, and to those who were sent off to Australia as child migrants, exported, as one survivor said, “like little baby convicts”.

Others died during the harrowing two year inquiry, several by suicide. The inquiry heard about violence meted out to children and teenagers in institutions set up to care for them from 1922, a year after the establishment of the Northern Irish state to 1995, the year after the ceasefires.

The payments were a recognition of harm done rather than an attempt to compensate for the extent of the damage – most people would receive just £10,000. Recognising that many survivors are elderly, in poor physical or mental health, or living in poverty, Hart called for “speedy implementation”.

The parties at Stormont welcomed Hart’s report and all agreed that the redress scheme should be set up. This happened, however, on the eve of the acrimonious collapse of the institutions. Since then, the North has been floundering as civil servants attempt with inevitible lack of success to run the shop without ministerial direction.

Bradley is generally regarded as the worst Secretary of State ever – former director of communications to the Northern Ireland Executive Stephen Grimason said this week that it was as if she got up every morning and threw milkshake over herself.

The talks she felt compelled to call in the aftermath of last month’s murder by dissident republicans of Lyra McKee appear to be on their way to failure. She claims that if the redress issue has to be dealt with by Westminster there could be a further delay lasting years.

What was needed, she said, was for the parties to get the Executive back up and running in Belfast, in which case they could enact legislation within weeks. Jon McCourt of Survivors North West described this simply as an attempt at blackmail. (To be fair to Bradley, she has been ingenious enough to sort out some of the needs of cattle and sheep, and to legislate for the boozing needs of golf fans.)

In his multi-volumed report, Hart clearly and relentlessly apportions blame for the outrages perpetrated on the children the Northern Ireland state was meant to look after. The failings by the Sisters of Nazareth, the Norbertines and other religious orders, by Protestant church organisations and by employees of the state. The failings by the Ministry of Home Affairs and the Department of Health and Social Services. The failings by the welfare authorities. The indifference of the Northern Irish government. The state training school, St Patricks, was not inspected once during almost the entirety of the Troubles.

Last month Belfast’s High Court heard claims that the various branches of government were playing “pass the parcel” with the redress issue. Barry McDonald QC said the survivors were being put through “the very definition of a dystopian nightmare”.

Mr Justice McCluskey ruled however that neither the executive office nor the Secretary of State were obliged to act. Claire McKeegan, the solicitor who represents members of the Survivors and Victims of Institutional Abuse (SAVIA) group, yesterday lodged an appeal against his ruling.

She believes that in any case, Hart’s scheme could have been enacted without the need for legislation. She reads from his report, in which he says that redress may be put on a statutory basis – or may be made on an ex-gratia basis. McGuckin says a similar inquiry is ongoing in Scotland – where interim payments are already being paid to survivors. “They have all been very unfair on us,” she says. “We are like orphans again. No one to look after us.”

5 TV guide: 23 of the best shows to watch this week