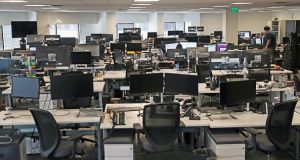 Emerging from the Covid-19 pandemic, there is an opportunity to explore different ways of working. File photograph: Getty Images

Marin’s comments were highlighted last January. The story grew legs to the extent that it was reported as a call to move to a four-day week with six-hour days.

Jacinda Ardern made similar off-the-cuff remarks when New Zealand was moving out of lockdown, perhaps influenced by Andrew Barnes, a British entrepreneur who piloted the idea in his New Zealand company, Perpetual Guardian. The four-day week pilot was such a success that he now acts as an advocate internationally for the idea.

If handled correctly, changes in working hours and increased working from home could be one of the lasting positive effects of the pandemic. Businesses that were closed to or hesitant about the idea of working from home realised it was viable because productivity did not decrease during the lockdown.

People can not only save hours wasted commuting by working from home, but are less stressed and exhausted. It has a vital impact on greenhouse gas emissions as well.

Mind you, while working from home is wonderful for many people, for others it means the boundary between home and work becomes even more porous. The sense of having to be constantly available increases.

Therefore, any changes should only be implemented in consultation with, and with the consent of the workforce. It should not just be a cost-cutting exercise for businesses.

So what about the four-day week? When Irish recruitment and training company, Ice Group, moved to a four-day working week for five days’ pay this time last year, the story was covered as far away as Russia. Ice Group says productivity has risen by 27 per cent and that the benefits to employees are enormous.

In Barnes’s book, The 4 Day Week, he says he was not “acting out of benevolence or a desire to be liked by [his] staff”.

Barnes had read research showing that people only worked productively for as little as 1½ to 2½ hours a day in some Canadian and UK workplaces. He saw the day off as a gift in return for “delivering productivity, meeting customer service standards, and individual and team goals within the business.”

In short, he thought he could get more out of his workforce by improving their quality of life.

For the most part, it worked exceptionally well. People had more time with their families, took up hobbies or began to study. But some reported greater stress and pressure and some ended up working 10-hour days for four days rather than truly having more time off. Barnes stresses that this move only works if employees are consulted every step of the way.

Some people felt aimless when not at work. As Barnes says, it is a comment on the 21st century that workers become dependent on the stimulation of constant activity even when it is not good for them.

But the trial met the targets Barnes wanted. Revenue and productivity rose.

Emerging from the pandemic, there is an opportunity to explore different ways of working

Similarly, research conducted by the University of Reading found that 250 UK companies which had moved to a four-day week had an estimated annual saving of £92 billion between them. Rates of sick leave and absenteeism went down, for starters.

The six-hour workday is not new. Kelloggs, in 1930, instituted four six-hour shifts a day instead of three eight hour shifts, to allow more people to work during the Great Depression.

During the second World War, Kellogg’s managers returned to the traditional three shifts but a doughty group of mostly women managed to retain their six-hour shifts right up until 1985. They were derided for their laziness and lack of commitment, but they stuck it out.

The same arguments are made today about women and men who want to work fewer hours. Modern life is supposed to revolve around paid work and commitment is measured in time spent at work. Yet the constant focus on work is damaging many people’s health and family lives, not to mention the health of the planet. Nor do long working hours necessarily correlate with productivity as both the Ice Group and Andrew Barnes discovered.

Emerging from the pandemic, there is an opportunity to explore different ways of working that do not depend on a destructive long-hours culture. The incoming government here faces unprecedented challenges.

Changes in working practices are not another problem but could be part of a solution for overwhelming issues like climate change. The incoming government has an opportunity to move beyond the level of throwaway remarks to support for implementation.