Five things we learned from the presidential election campaign 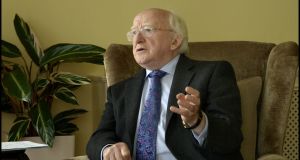 Michael D is a wily old political warhorse, and he manipulated the campaigning advantages of office skilfully. Photograph: Brenda Fitzsimons

There were too many candidates in the race

Six is too many candidates for a one-seat election. With such a cluttered field, none of the candidates really gets a chance to introduce themselves to voters and propose a vision for the role. Broadcast media reports feature a few seconds of each candidate. The debates were an unholy mess that pitted candidates against the presenter, not each other. The presenter usually won.

The constitutionally-specified procedure for getting into the race will not change. I’d suggest that means that there is a responsibility on councillors to exercise a more rigorous judgment when controlling admissions to the race.

Like a bouncer inspecting the cut of a fella seeking admission to a nightclub, they also have to take account of how many they have let in already. True, they kept a few out of the election this time. But they let in too many candidates. And those that did get in, let’s face it, they weren’t great.

Sean Gallagher came within a whisker of the presidency in 2011. This time he fought more or less the same campaign (with the addition of his children, Bobby and Lucy, to whom you may have heard him refer) and it didn’t work at all. Why? Because the country had changed, and the campaign that caught a remarkable wave of public approval seven years ago never really registered with voters this time.

This wasn’t just Gallagher’s problem. I lost count of the number of people who asked me “How does candidate X look at himself in the mirror and think, Jaysus, I could be president?” I don’t think that’s what they were saying to themselves in the mirror. They were saying: “Jaysus, Sean Gallagher nearly became president. I should give it a go.” I think this applies to the Dragons at least.

Conclusion: if you’re thinking about running in seven years’ time have a long think about it. At least know something about the presidency: it’s not about power (so talking about the powers of the presidency is stupid), it’s about dignity. It’s about promoting the idea – especially important in the current anti-political age – of allegiance to the State rather than the government.

And for God’s sake be able to say why you want to be president: I still couldn’t tell you why most of the candidates wanted the job.

Is the most important thing about Michael D Higgins’s term of office that he used the government jet to go to Belfast? Or spent three grand on a hotel room? Or has a massive allowance, details of which he declined to reveal?

Of course not. But the episodes do tell us something about Michael D – that he, like other politicians, changes in response to the different circumstances that office brings. Most of the stuff isn’t about security in any meaningful sense; it’s about status.

For some people who have known him (and admired him, many of them) half a lifetime, this is audibly true. Listen to the great exchange between him and the right-wing American commentator Michael Graham (easily found on youtube: search “Michael D” and “Graham” and “w**ker” and you’ll get it) and compare Michael D’s accent then to one he often lapses into nowadays, and you’ll see what I mean. Listen to him say “yaaarhs” instead of “years”. It’s very odd.

It’s probably impossible not to become a bit detached in the Áras. But it’s a warning to all political leaders, all the same. And (assuming he wins today) Michael D would probably be wise to manage it a bit himself.

For all the recent talk of how Brexit is going to bring about the return of the Fourth Green Field, this seems even more like wishful thinking on the part of those so inclined. The rationale for Liadh Ní Riada’s candidacy at the beginning of the campaign seemed to be to talk about a united Ireland constantly. But that element of her campaign just never took off, and she ended up talking a lot more about how she would have opposed austerity (fine if she was running in 2011, but this is a time of briskly expanding public spending).

As well as being a principle close to their hearts, the united Ireland stuff is a sort of rhetorical comfort blanket for Sinn Féiners, something to which its representatives can always pivot as a default position. The party often talks about a united Ireland most when it is making one of its strategic shifts. I think the central strategic shift of Mary Lou McDonald’s leadership is the move toward participation in a coalition with Fine Gael or Fianna Fáil (if they’ll have her), so she has been talking about a united Ireland a lot. So has her candidate. But it has fallen flat. Given the times we’re in, that’s interesting.

5. Politics is not just about good intentions

It is about cunning and toughness and organisation too. Michael D is a wily old political warhorse, and he manipulated the campaigning advantages of office skilfully. To serve the public, and to do the great things that candidates promise, you have to get elected first. In this parties have an advantage because they have political organisations with a knowledge and expertise in elections.

This isn’t that surprising: politics is perhaps the only field of human endeavour where it is routinely assumed that amateurs can do a better job than the professionals.