Fintan O'Toole: #MeToo cannot win in a climate of fear 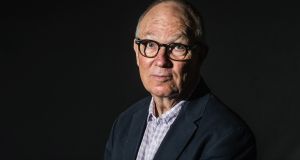 Ian Buruma: edited the ‘New York Review of Books’ with grace and intelligence, but was wrong to publish the Ghomeshi piece. Photograph: Simone Padovani/Awakening/Getty

Last Thursday, the editor of the New York Review of Books, Ian Buruma, was effectively dismissed. Subscribers to the review, widely regarded as the most important journal of its kind in the Anglophone world, had not yet received the current issue. It contains an essay by Jian Ghomeshi called “Reflections from a Hashtag”.

Ghomeshi was himself dismissed in October 2014 from his job at the Canadian Broadcasting Corporation after a young woman came forward with allegations about his abusive behaviour during sex. Other complainants then emerged: more than 20 women spoke of acts including biting, choking and slapping. In 2016, Ghomeshi was acquitted on criminal charges. He then avoided additional charges in another trial by signing a “peace bond” and issuing an apology to the victim.

Even before the essay appeared in print, word of it spread, presumably because of deep disquiet among staff at the NYRB. Ian Buruma then gave a very awkward interview to Isaac Chotiner at Slate magazine in which, among other things, he said of Ghomeshi that “The exact nature of his behaviour – how much consent was involved – I have no idea, nor is it really my concern.”

The interview probably did more damage than the original decision to publish the essay. As the volume of outrage mounted on social media platforms, the NYRB curtly announced Buruma’s departure. I do not know the precise circumstances of his exit, but it is clear that it was not in any real sense voluntary.

At this point, let me declare an interest. I have written for the NYRB for 20 years. Indeed, the next piece in the current issue after Ghomeshi’s radioactive apologia is my own essay on exotic expressions of masculinity in the 18th century. (This is actually relevant to the overall context: the issue has a number of pieces on masculinity under the rubric The Fall of Men, including a superbly subtle and thoughtful reflection on the contemporary crisis of maleness by the sociologist Arlie Russell Hochshild.) I also know and greatly admire Ian Buruma. He took on a very difficult task in succeeding the legendary Robert Silvers who edited or co-edited the NYRB for 43 years up to his death in 2017. Buruma rose to that formidable challenge with grace and intelligence.

I think he was wrong to publish the Ghomeshi piece. Not in principle – journalists should always be in favour of publishing as much new information as possible. The experience of a sudden fall from grace, of going from fame to infamy, from paragon to pariah, is innately interesting. And the #MeToo movement, if it is to fulfil its great potential as a transformative moment, has to force men into honest evaluation of their own behaviour. Like it or not, that includes the honest self-evaluation of men who have been abusive to women.

Unfortunately, the Ghomeshi essay is nothing like an honest self-evaluation. It is both narcissistic and evasive. Every second sentence begins with “I”, yet we get no real sense of a self that is not calculating effects, no coming to terms with what kind of person he has been. He blames his behaviour on his “self-involvement” yet remains deeply self-involved. So, if I were the editor who commissioned it, I would not have published it. And I would not then have given an interview disavowing any interest in “the exact nature of his behaviour”. Exactitude – truth, in other words – is exactly what we need at this moment and if Ghomeshi is unwilling or unable to supply it, I would have waited until he or someone else can.

So in my view Buruma made two misjudgments: the publication and the interview. He was also very unlucky in his timing: when the great current drama of the US is the demand of women to be heard in relation to Supreme Court nominee Brett Kavanaugh, feeling sorry for a man who lost his power through his own egregious sexual conduct is not a high priority. But even granting all of this, Buruma’s departure should be deeply worrying to anyone who believes that a basic condition of a free press – and therefore of democracy – is a presumption in favour of disclosure. No great paper was ever edited fearfully. Editors must be willing to take risks with unpopular material. Risks inevitably mean mistakes.

And, even beyond that, the great insurgency against misogynistic abuse cannot achieve its full goals in an atmosphere of guilt by association. The culture of misogyny is a culture of silencing. The revolt against it is a revolt into speech, a rebellion against the old injunction: You can’t say that. It is also an opening-up of a dark, unpleasant and uncertain terrain of distorted masculinity. A part of that opening must, sooner or later, be the confrontation by abusive men with their own darkest selves. If we place a cordon sanitaire around all that terrain and make editors too scared to plant a foot in it, the moment of truth is cut short.

The collective imperative is to navigate a way through straits that have not yet been fully charted and that are therefore treacherous. If all those who take wrong turnings are instantly thrown overboard, the whole ship will be sunk.