Fintan O’Toole: 2019 was a bit like Game of Thrones – lots of action, no climax

Year in Review: 2019 was a year of lots of extraordinary activity but not much movement 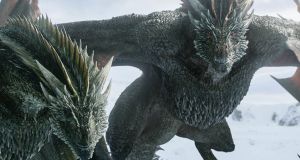 Perhaps in 2019 it was not just Game of Thrones that left viewers feeling short-changed. Fans of the great TV extravaganza were apoplectic in May – how could all that lurid action, all that vivid spectacle, have produced such a sense of anticlimax? Their rage was comically disproportionate but even those whose energies went into more serious matters surely knew how they felt.

For this was a year for lurid action and vivid spectacle leading – where exactly? Big things were unfolding in obvious ways but their effects seemed oddly underwhelming.